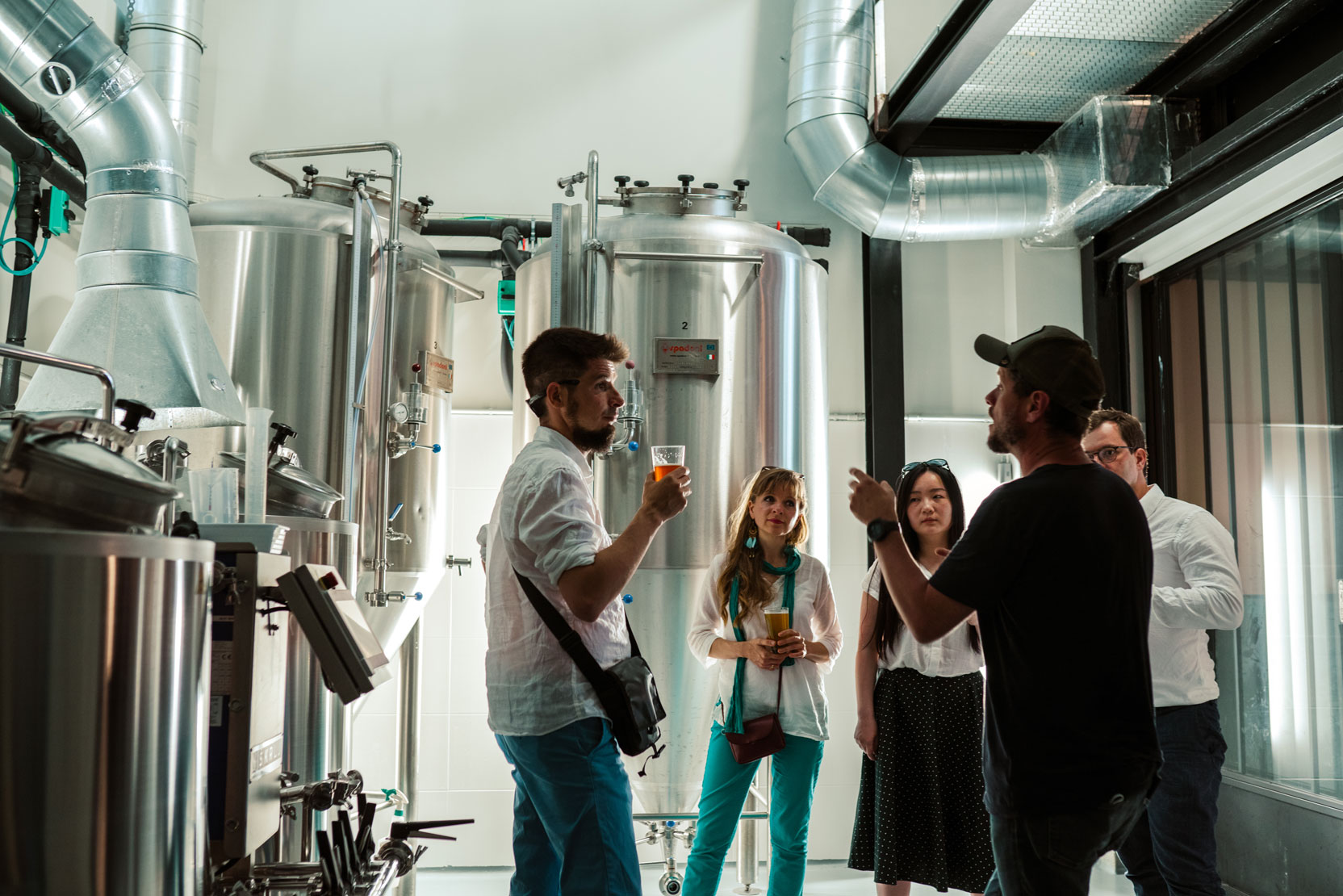 Although beer is not a traditional Basque drink, Basque people love it. Why? Well, for the same reasons that Homer Simpson loves it. For a few years now, beer-making has been a powerful trend in San Sebastián with many (very good) ideas, many (very good) producers and many (very good) spots in which to taste a substantial number of bold and edgy beers. We’ll drink, we’ll walk through the coolest neighborhoods in the city, and we’ll have dinner in a place no less cool.

We’ll start in a space that actually has three faces: a Basque bar, a modern restaurant and a beer hall all together. There we’ll taste three different varieties of beer as we’re led through spaces closed to the public. Our hosts will give us a few tips on artisanal beer production.

After wandering around the young and edgy neighborhood Gros, we’ll arrive at our next stop. It’s one of the best kept secrets in the city: a small bar on the inside, tiny on the outside but a true cathedral of beer knowledge and enjoyment. It has been open for more than 30 years and hides the best selection of craft beers in the city, all of them chosen by Gorka, a beer freak who will prepare a hot pintxo to accompany the tasting. (Spoiler: Gorka is as good with pintxos as he is with beers.) 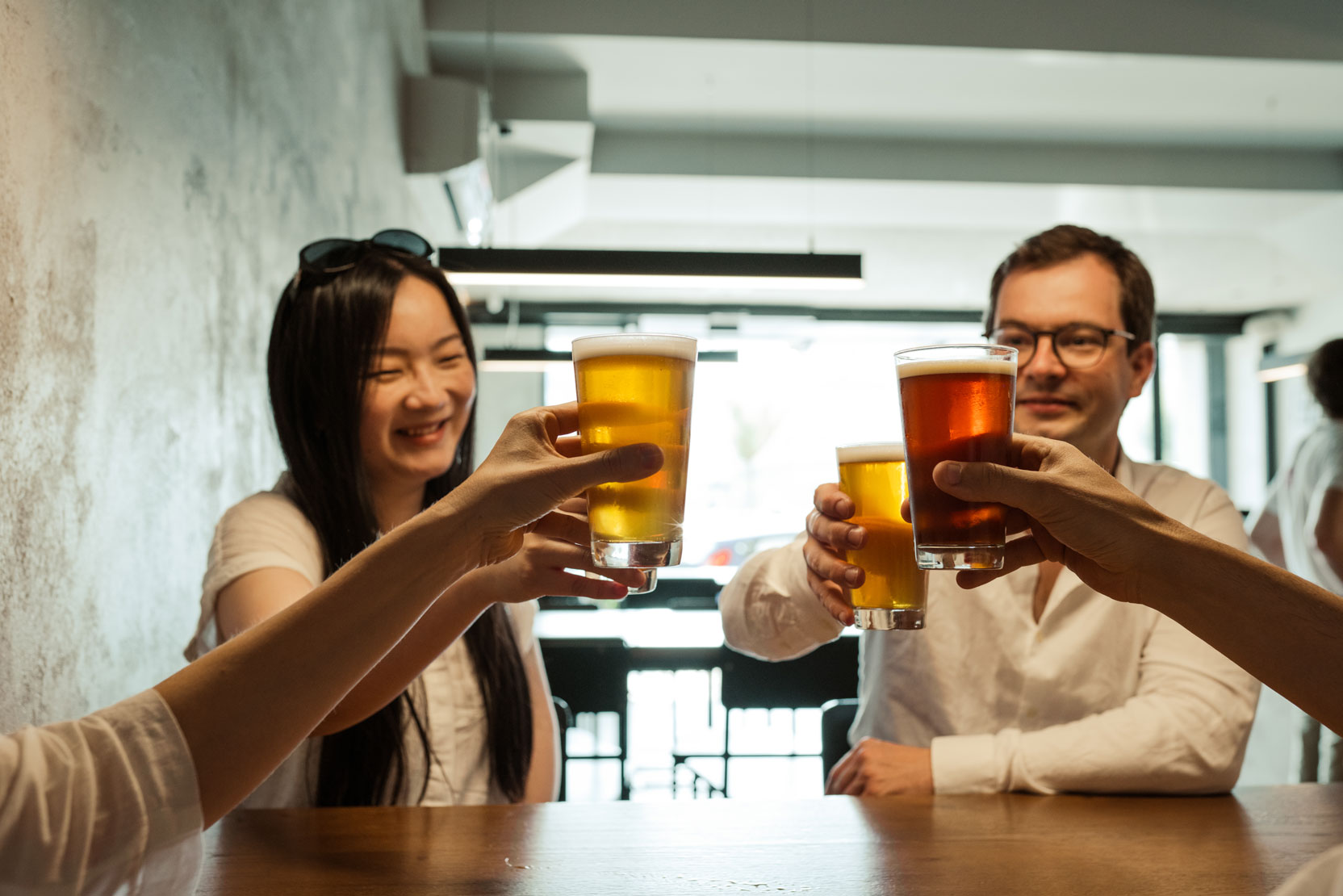 Third stop. It turns out that some Americans came to the Basque Country years ago and decided to challenge the local community of craft brewers by making pale ales and West Coast-style IPAs. The result of all this can also be tasted at his bar: three emblematic beers, a Pale Ale, a Session IPA and an IPA.

We’ll approach Zurriola beach for a blast of fresh sea air, clear our heads a bit and move on to the fourth bar, a hipster minimalist place that offers more than 150 beers and pairs them with sandwiches, burgers and chocolate. You can’t go wrong with that combination. 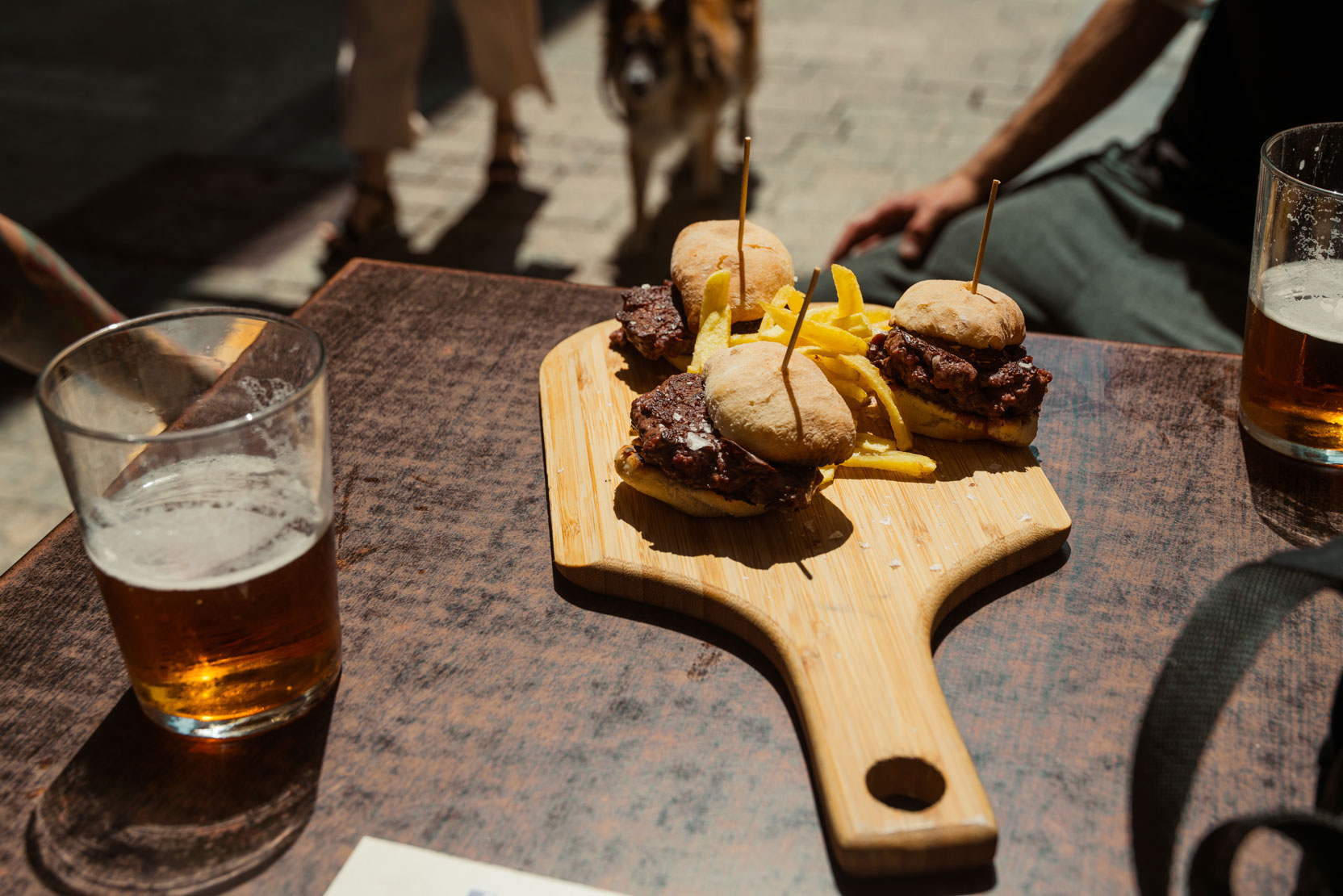