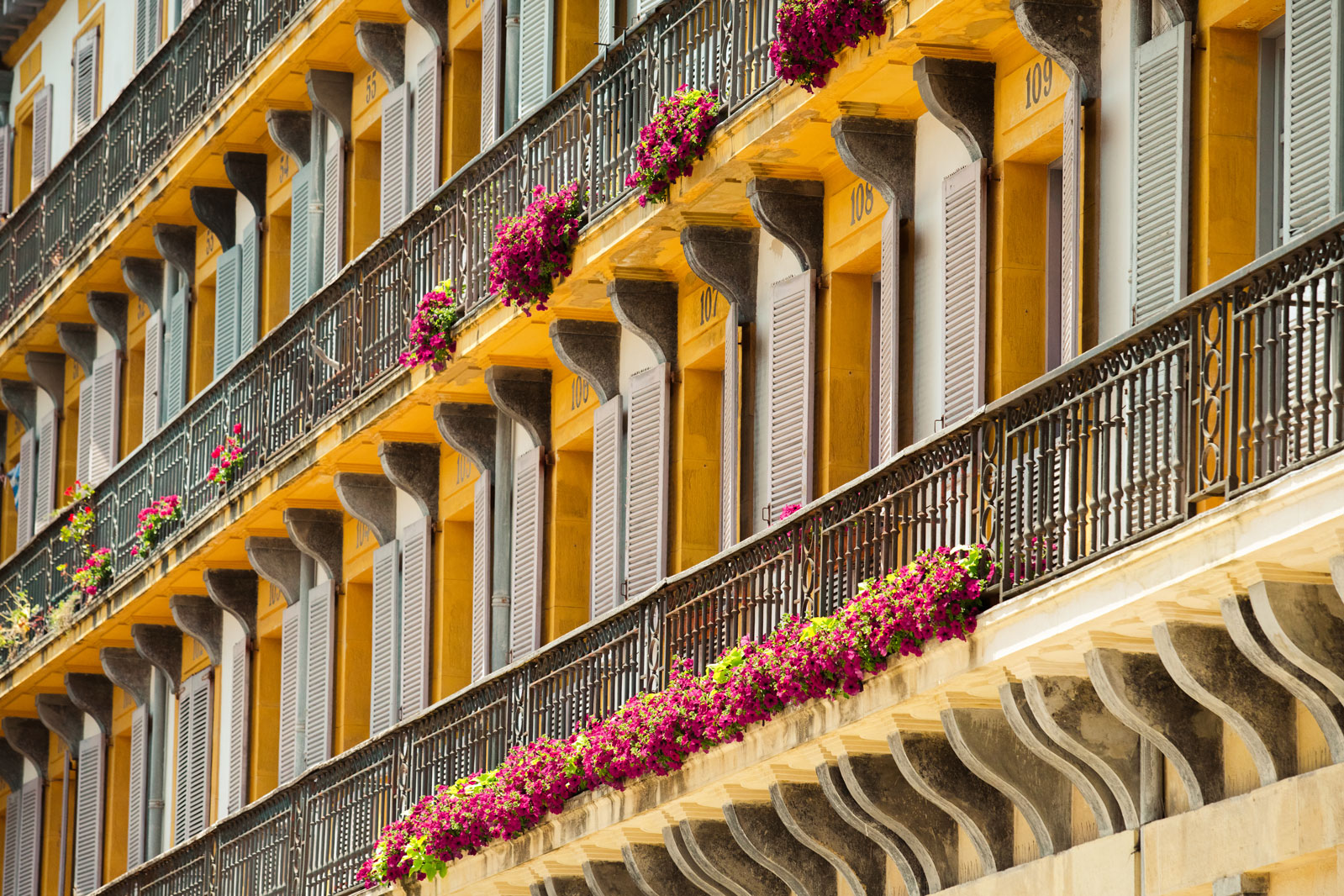 A walk through San Sebastián from East to West, climbing a mountain, crossing a river, getting to know its architecture, its geography, the secrets of its history and ‘cool,’ as well as its authenticity. There will be pintxos and an in-depth course on how to roll like a local in the beloved Basque bars. 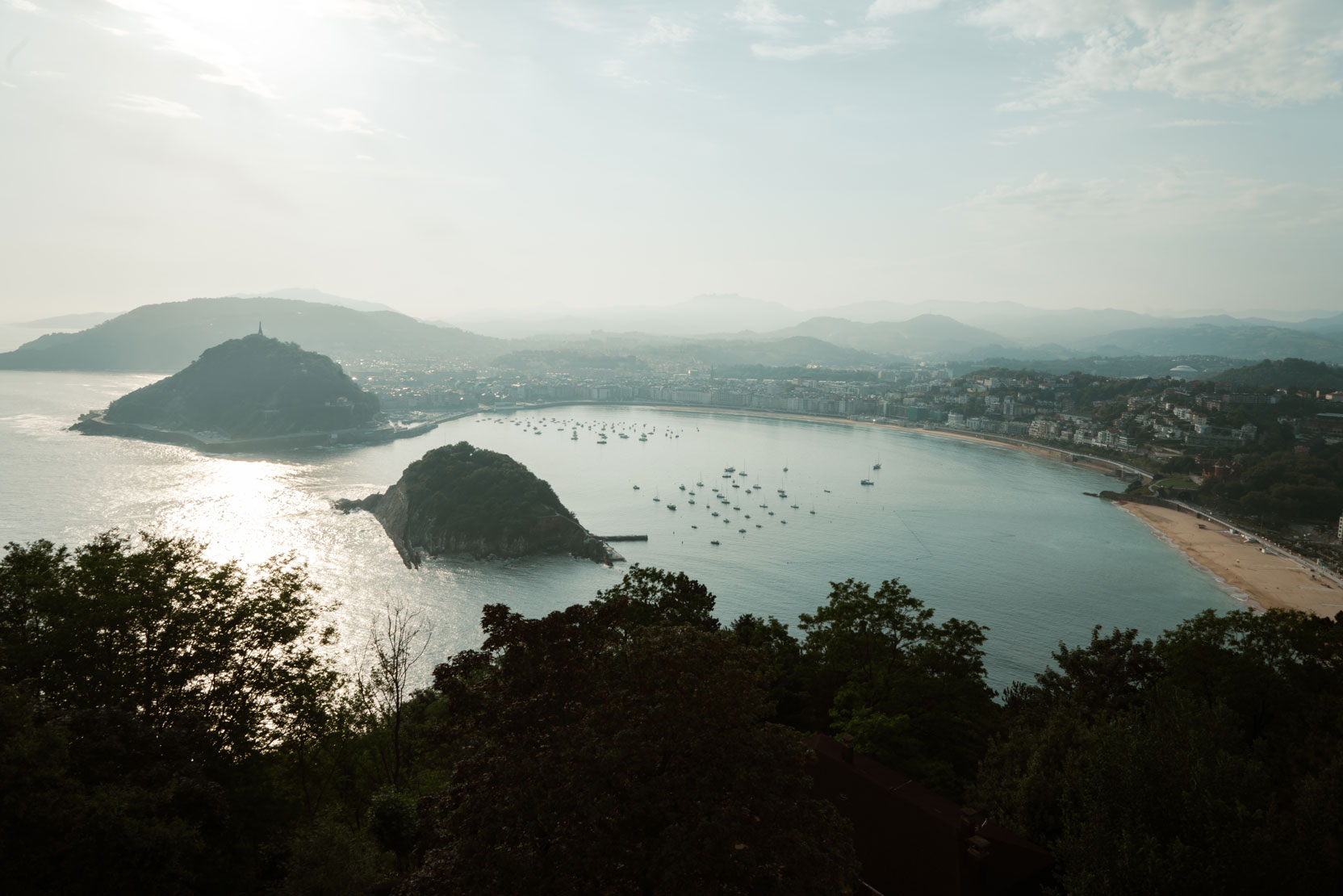 The best way to descend Igueldo is aboard its wooden funicular, which is more than 100 years old. We get off next to the most photographed sculpture in the city: the Peine del Viento by Eduardo Chillida, made of corten steel (hence its deliberate rust color.) To scratch the winds and frequent waves of this place.

We’ll head over to the other 'Finis Terrae' of the city, Sagüés and La Zurriola, the epicenter of the surfing scene in San Sebastián. But first we’ll check out the main hallmarks of the city: its 'posh' side, its romantic nooks, the palace built for royal summers at the end of the 19th century (Miramar Palace), the French-influenced, modernist and rationalist buildings (with the odd nod to the Bauhaus), or more recent architecture such as the Kursaal, two buildings that seem to be beached rocks by the sea.

The Old Town is the gastronomic epicenter of San Sebastián (yes, here are the pintxo bars, the gastronomic sociedades ‘ [think private eating clubs], seasoned locals enjoying the timeless 'txikiteo' [a sort of uptempo bar-hopping] – ordering 'zuritos' or 'cañas'. Here is the gluttonous, indulgent San Sebastián you’ve heard tell of), and the site of the city’s oldest buildings. You’ll come away with a Master's Degree in navigating “miniature cuisine” (how do you order a pintxo? When do you pay?), and High Honors in Basque bars.

Okay. Let's talk about serious things. Everything we’ve told you about  pintxos wouldn’t make sense if we didn’t visit three iconic bars to try their most famous pintxos accompanied by cider, wine or beer. The snack will end with the sweet dessert that locals love to eat while walking down the street: a creamy, sweet and stunning artisanal ice cream. Now you can go to bed satisfied. 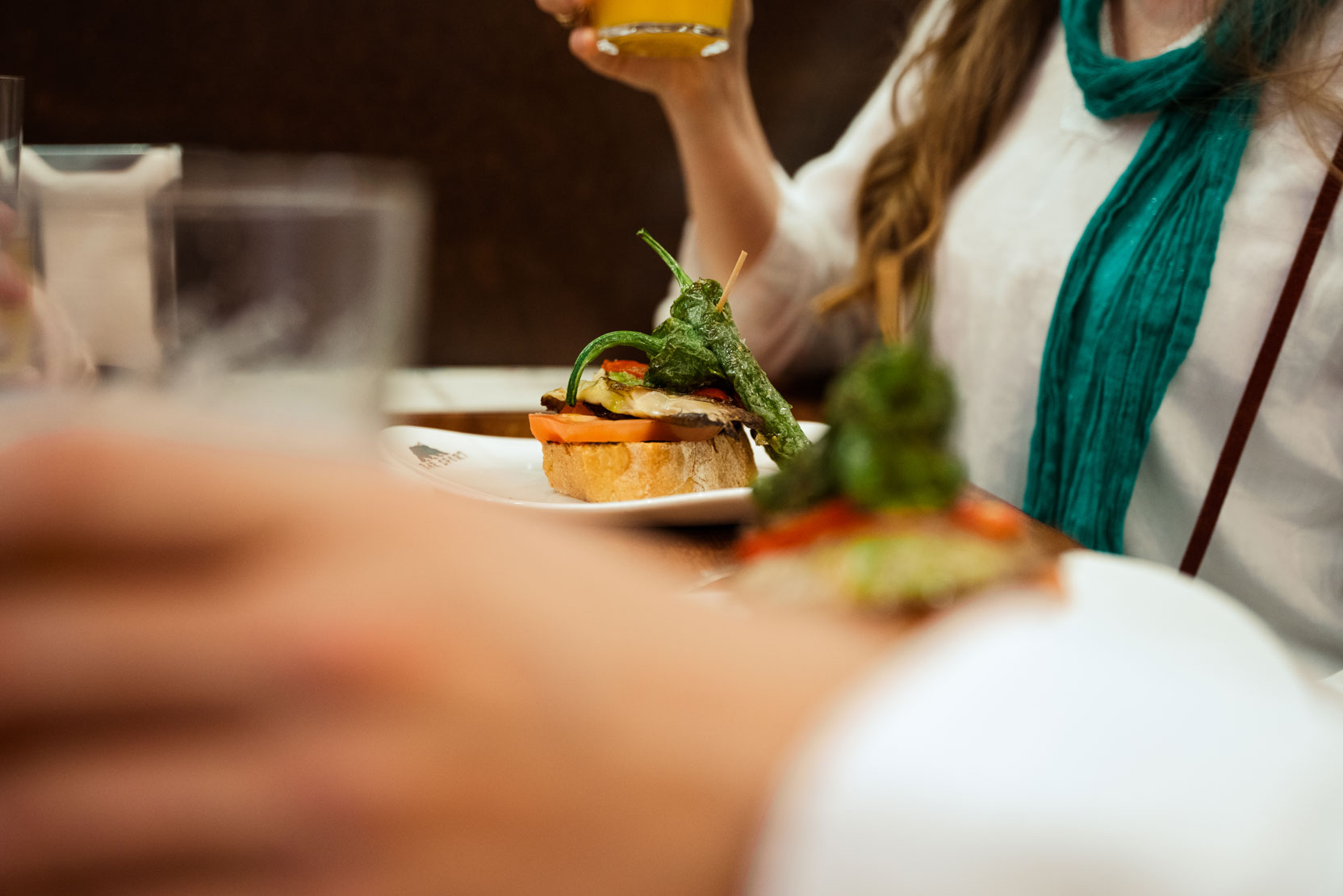 If you are thinking about a tour in San Sebastian there is only 1 tour company and 1 tour guide to contact….IKUSNAHI TOURS ask for Ernes. Ernes was very informative , interesting, and pretty funny which made this a most enjoyable experience. He was exceptionally accommodating removing any hassles we might have had ……who doesn’t need that?! We experienced the beauty and history of San Sebastian guided by Ernes. He has an abundance of knowledge of this region and Spain.
Let’s talk about the food ….. Pintxos ….yes delightful delicacies. Ernes took us to some off the beaten path restaurants. You don’t want to be eating
PINTXOS at all the Google picks with everyone else. Some of these Ernes has been going to since he was a boy.
Do yourself a favor and put this tour company in your contacts….you won’t be sorry.

Our tour with Ernes could not have been better! After traveling to more than 50 countries and taking similar tours in nearly every location, my expectations are quite high and Ernes exceeded every one of them! I cannot say enough about his wonderful approach. We visited a wide variety of sites without ever feeling rushed and tasted the most amazing selection pintxos while learning so much about the history and culture of the region. He was flexible, accommodating our preferences and needs seamlessly, and incredibly entertaining. And the communication before, during, and after the tour was tremendous. It was an unforgettable adventure, and I am so thankful a friend recommended his services. Do not miss a chance to book with Ernes and his company--absolutely outstanding!

Excellent half day tour: great introduction to San Sebastián, the city’s history and its highlights and of course delicious pintxos and wine! Dani our tour guide was professional knowledgeable and accommodating. We can highly recommend Ikusnahi Tours!