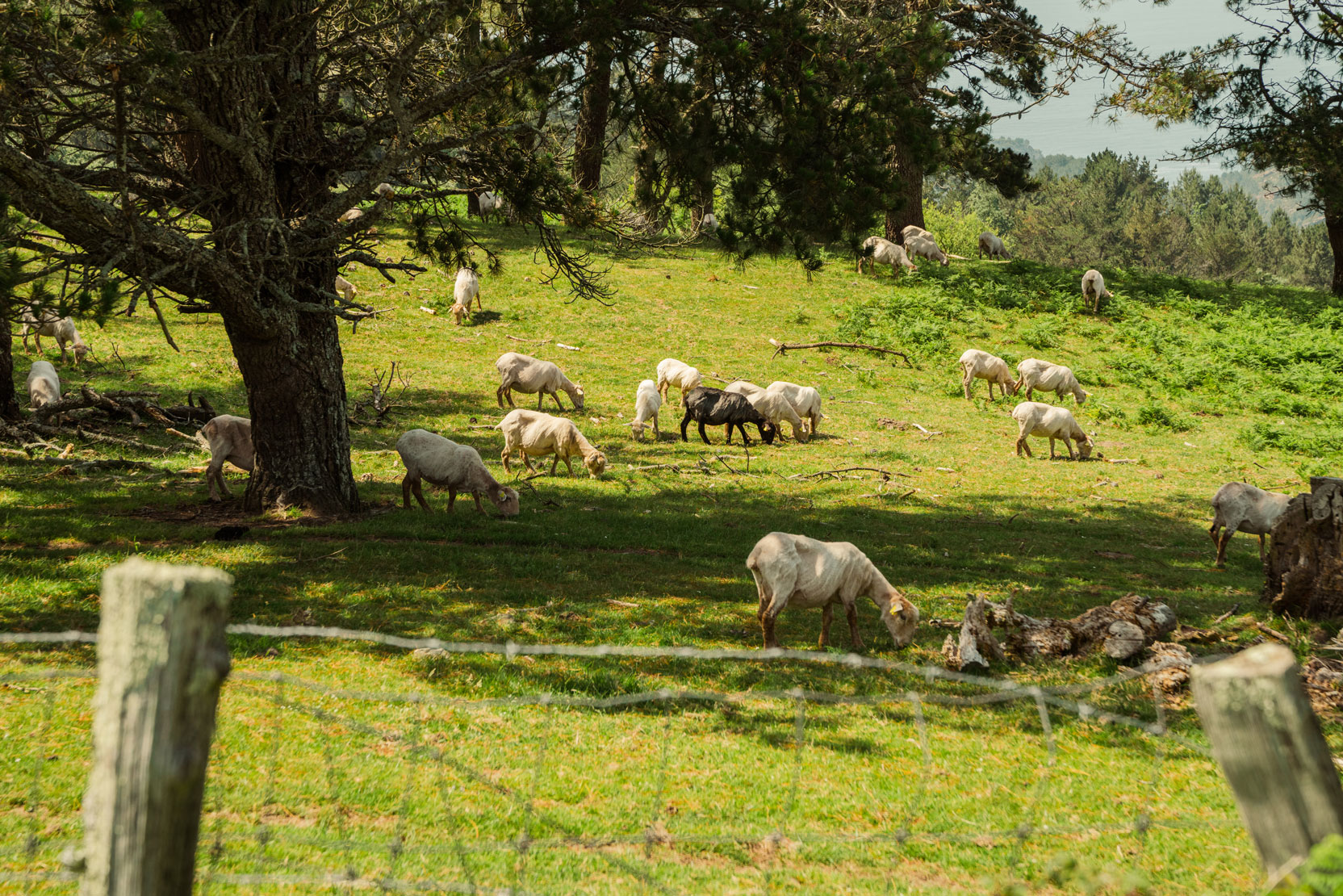 What if we follow the footsteps of the ancient medieval pilgrims marching to Santiago? What if we travel the third highest coastal mountain in Spain? What if we walk to a fishing village whose houses get splashed by waves? What if we eat authentic artisanal Basque cheese and canned bonito from Hondarribia while listening to the sound of the waves? Yes to everything, right?

We leave by van for Hondarribia, the last town (or the first, depending on how you look at it) before the French border. Hondarribia compels us to talk about the intricate relationship the Basque people have with the sea. The Cantabrian Sea has been, and continues to be, a place of work, fun, life, death and gastronomy. Everything fits.

On my way (to Santiago)

Hondarribia is, along with Irun, the first Spanish town on the Camino de Santiago del Norte (also called ‘de la Costa’) that leads to Santiago. This route became popular in the years when pilgrims avoided the French Way, located further south, due to the proximity of Moorish troops. 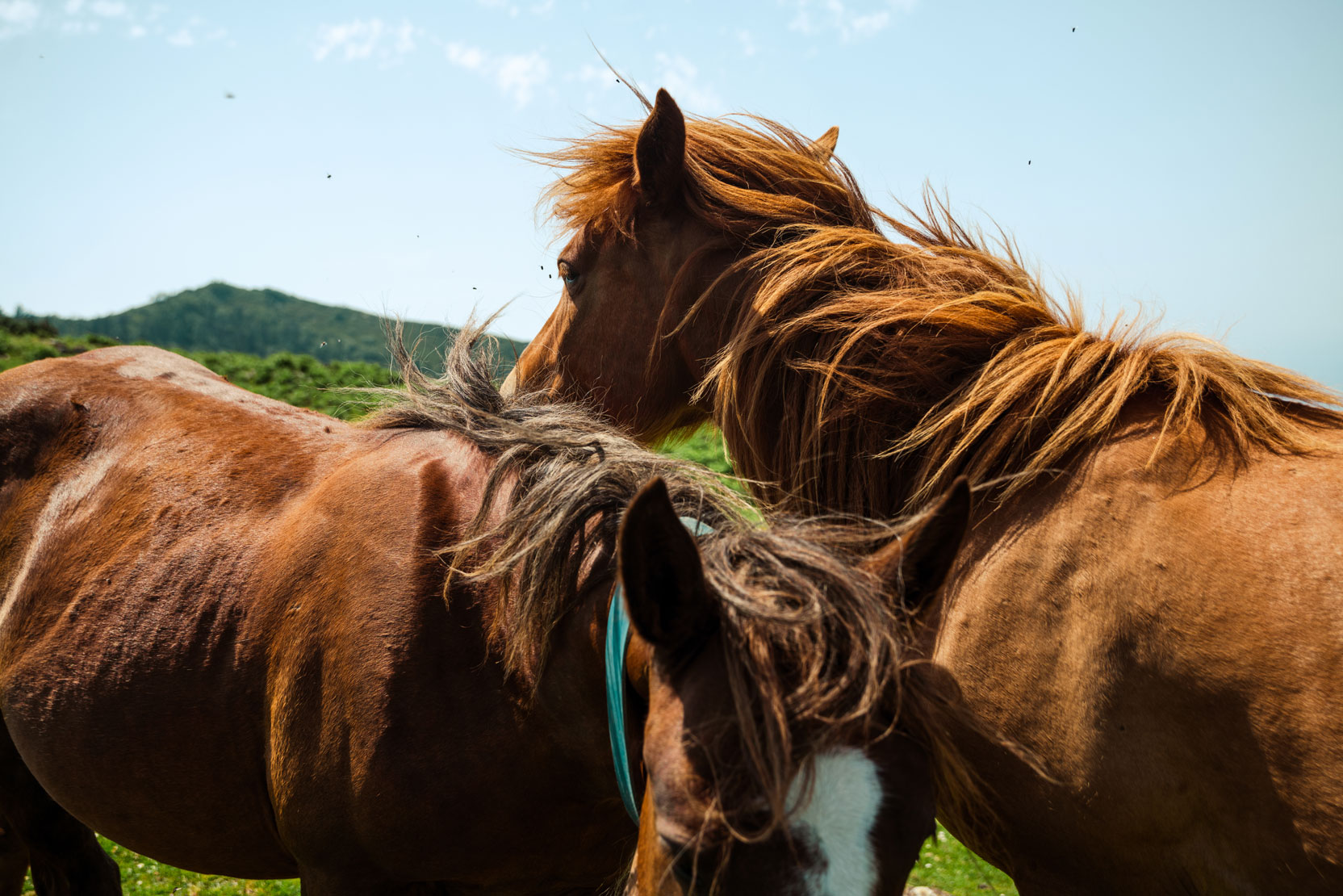 Throughout our excursion along the coast of Hondarribia, we’ll see caves, cliffs, lighthouses, rock formations that seem to have been carved by an artist, and even grasslands where aviator and millionaire Roland Garros made an emergency landing in 1911, thus saving his life. We’ll tell you all about how the Basques continue to fish for bonito (white tuna) with traditional methods (with a fishing rod, one by one) so that the fish reaches the markets in perfect condition. This entire route goes through Mount Jaizkibel, considered one of the areas with the greatest biodiversity on the Cantabrian Coast, and the third highest coastal mountain in Spain. The tour brings us herds of sheep and horses, forests and places where the only sounds we’ll hear are the wind and the breaking of the waves. 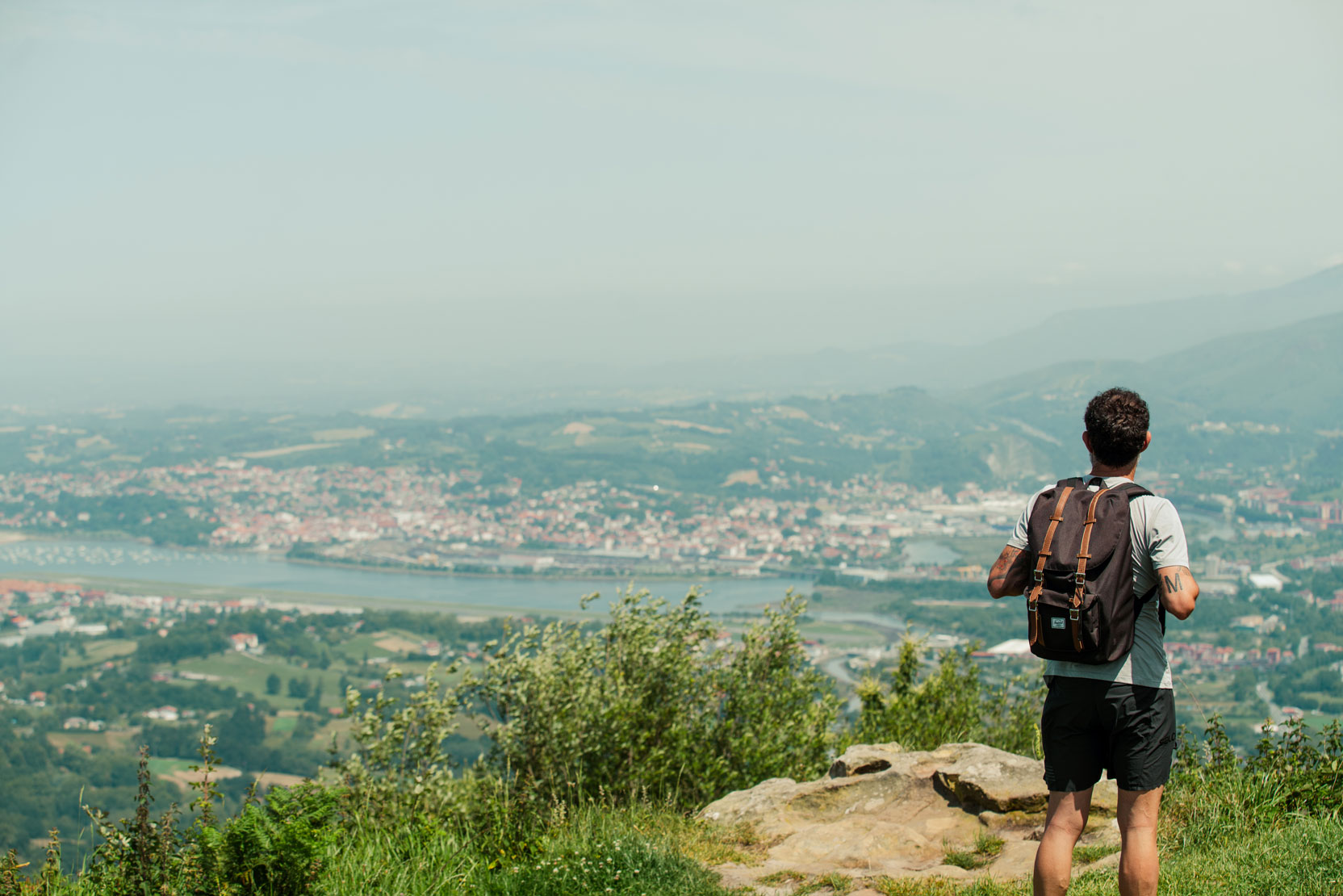 We know you’ll be hungry after the walk. We’ll have a picnic of Idiazabal cheese from our friend Aitz (we’re lucky – Aitz doesn’t sell his cheese), preserved bonito (made in Hondarribia), ham and chorizo, all accompanied by a nice, crunchy baguette.

We’ll go all the way through Jaizkibel, until the estuary of Pasaia prevents us from going further. This means we’ve reached Pasajes San Juan, a town with a single street (we’re not exaggerating!), with the houses hanging over the sea, like in Venice. In just a few seconds we’ll immerse ourselves in the atmosphere of this town and its medieval roots, alleys and tunnels that brim with stories of sailors, pirates and whale hunters. Did you know that Victor Hugo, author of Les Miserables, lived in Pasajes San Juan? And that the Marquis de La Fayette embarked in Pasajes for the United States (the colonies back then) to participate in the Revolutionary War?

A small motorboat that serves the residents will take us to the opposite town, Pasajes San Pedro, and to Albaola, a traditional shipyard that builds wooden replicas of old Basque boats. We’re sure it will blow your mind as you watch a handful of engineers and carpenters use antiquated tools to build a 16th century whaling ship!

Ernes was very attentive and professional. He spared no time or effort and his priority at all times was our safety during the trek and that we enjoy the spectacular surroundings. He thoroughly prepared the tour we requested. He has extensive knowledge of Basque culture and the suggestions he gave us to continue our trip were excelent.
Highly recommended.