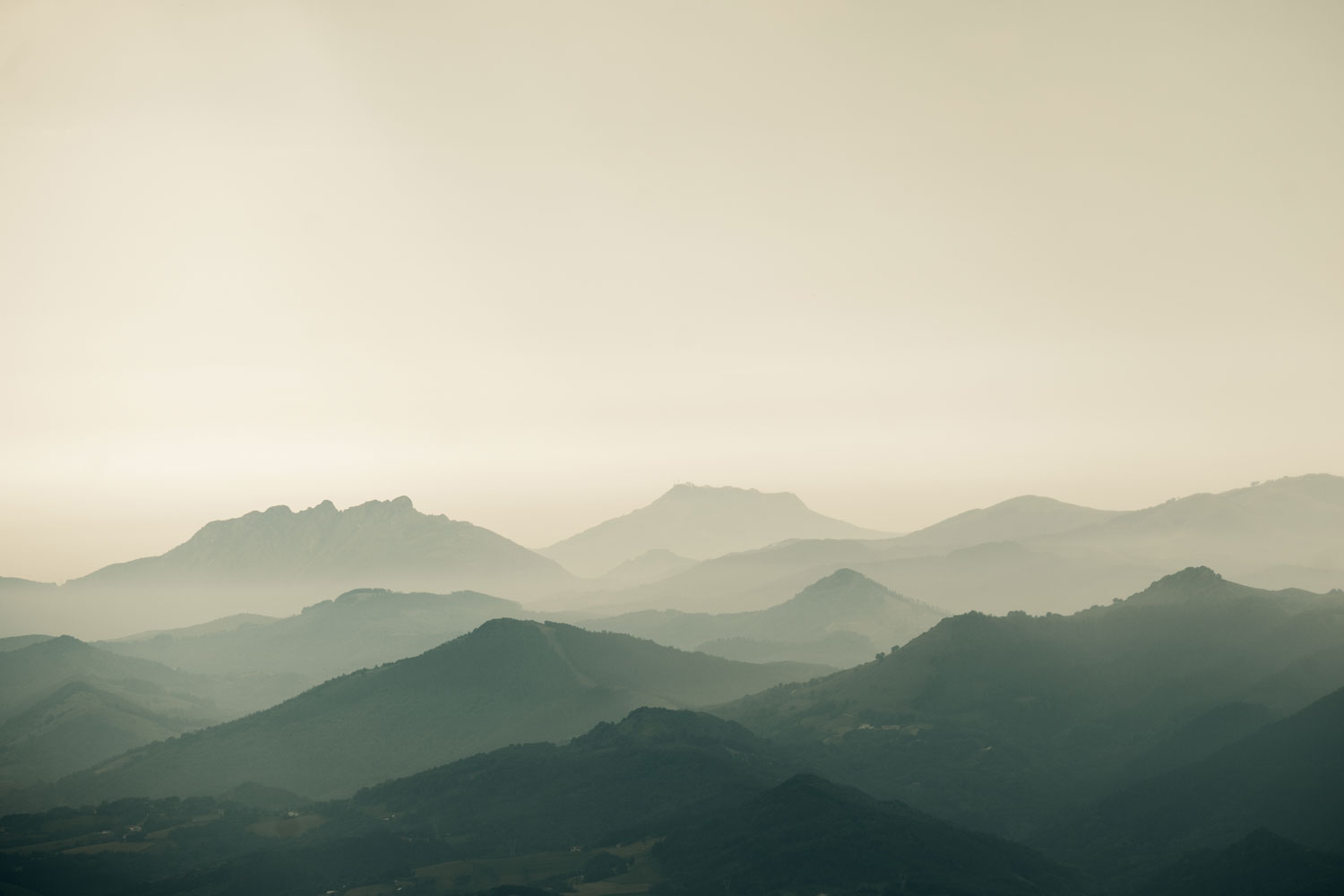 Rocky mountains, a Basque baseball game, winding roads, a piece of Baroque Rome hidden in a valley, cliffs that explain the last 900,000 years of the planet, a beach inhabited by dragons, a Basque sailor who went ‘round the world for the first time ... oh wait! Is all of this true? Yes, of course. Ikusnahi never lies.

In Euskadi there are few straight roads. We’ll take one of them to Tolosa to familiarize ourselves with the Basque inland landscape: lonely hamlets, small towns, forests, menacing mountains and latxa sheep grazing peacefully in green meadows. We we’ll stop at a fronton (almost all Basque towns have one…the same happens with churches) to play Basque pelota, the most popular sport in Euskadi until the arrival of football. When you hit the (hard) ball with your hand you’ll understand why we Basques have a reputation as brutes. 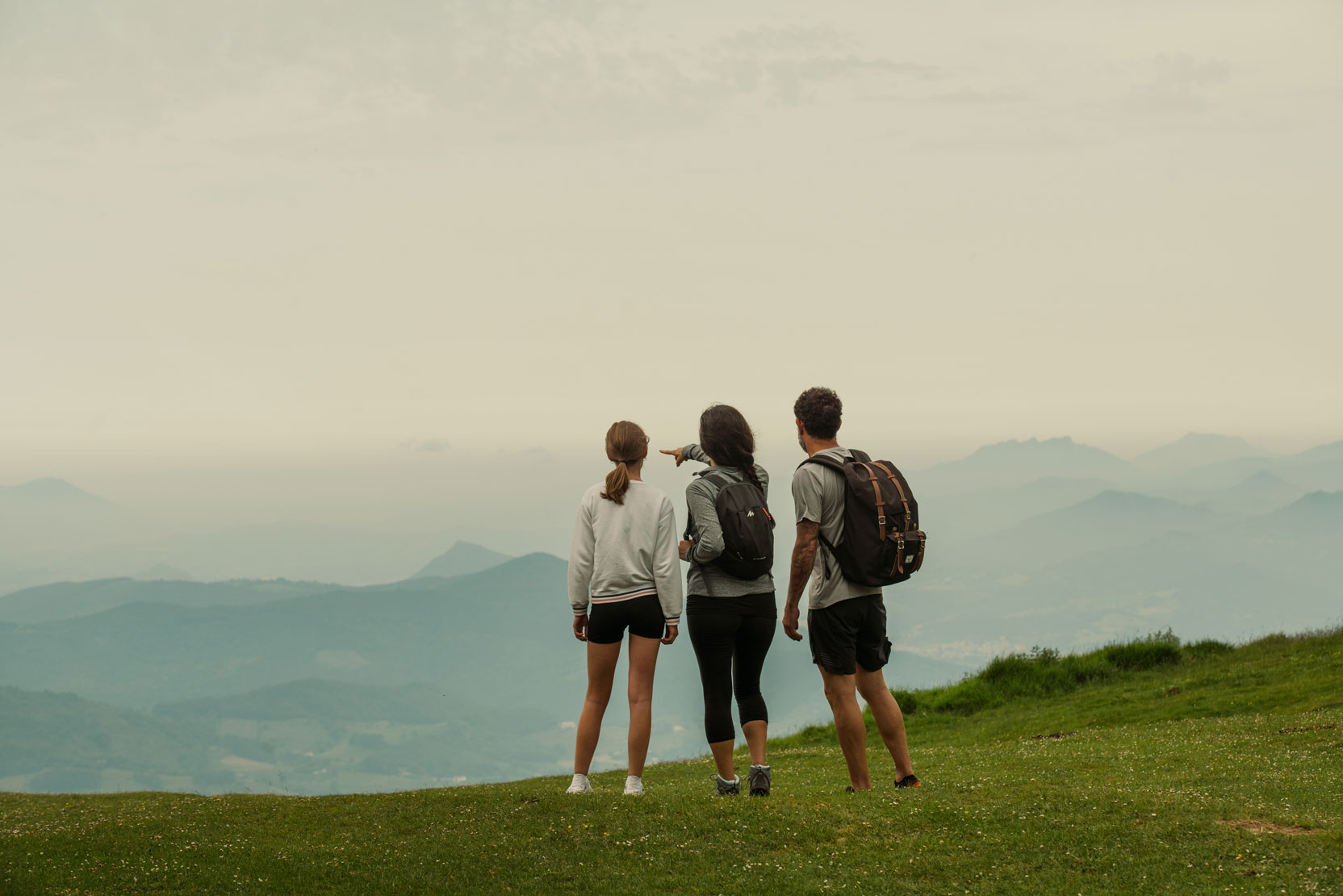 From Tolosa, we’ll drive along the typical Basque road (wet, steep, narrow and curvy) until we reach the area of Mount Ernio, called "the balcony of Gipuzkoa". After a short stop and a walk (to get the best views of the valley, the mountains and the ocean) we’ll start the descent by car towards Azpeitia, passing through the idyllic town of Errezil.

The Sanctuary of Loyola is many things: a baroque branch of Rome (no kidding!) between mountains, a basilica with a dome so large that the faithful of the 16th century were afraid to enter (they were right to be afraid - a few decades ago, the dome had to be repaired for fear that it would collapse) and the place where the most universal Basque saint was born: Saint Ignatius, founder of the Society of Jesus, the Jesuits. It will take us half an hour to learn the secrets of this place that surrounds (literally) the medieval birthplace of San Ignacio.

The rocky mountain that watches over us at all times (it’s called Izarraitz and it is customary for the people of Azpeitia and Azkoitia to climb it on weekends) bids us farewell as we will follow the steps of the Urola river to its mouth: Zumaia. We know that it’s tough to pronounce, but it’s worth learning because Zumaia is part of the island of Dragonstone, from the hit HBO series Game of Thrones. How? Very simple: the beaches of this UNESCO geopark served as the real setting for the popular series in 2017, skyrocketing the popularity of the place. We’ll tell you everything about this site and the strange words associated with it (flysch? Karst? What ???) from two privileged places: the hermitage of San Telmo (perilously leaning into the void) and walking along the edge of the cliffs. 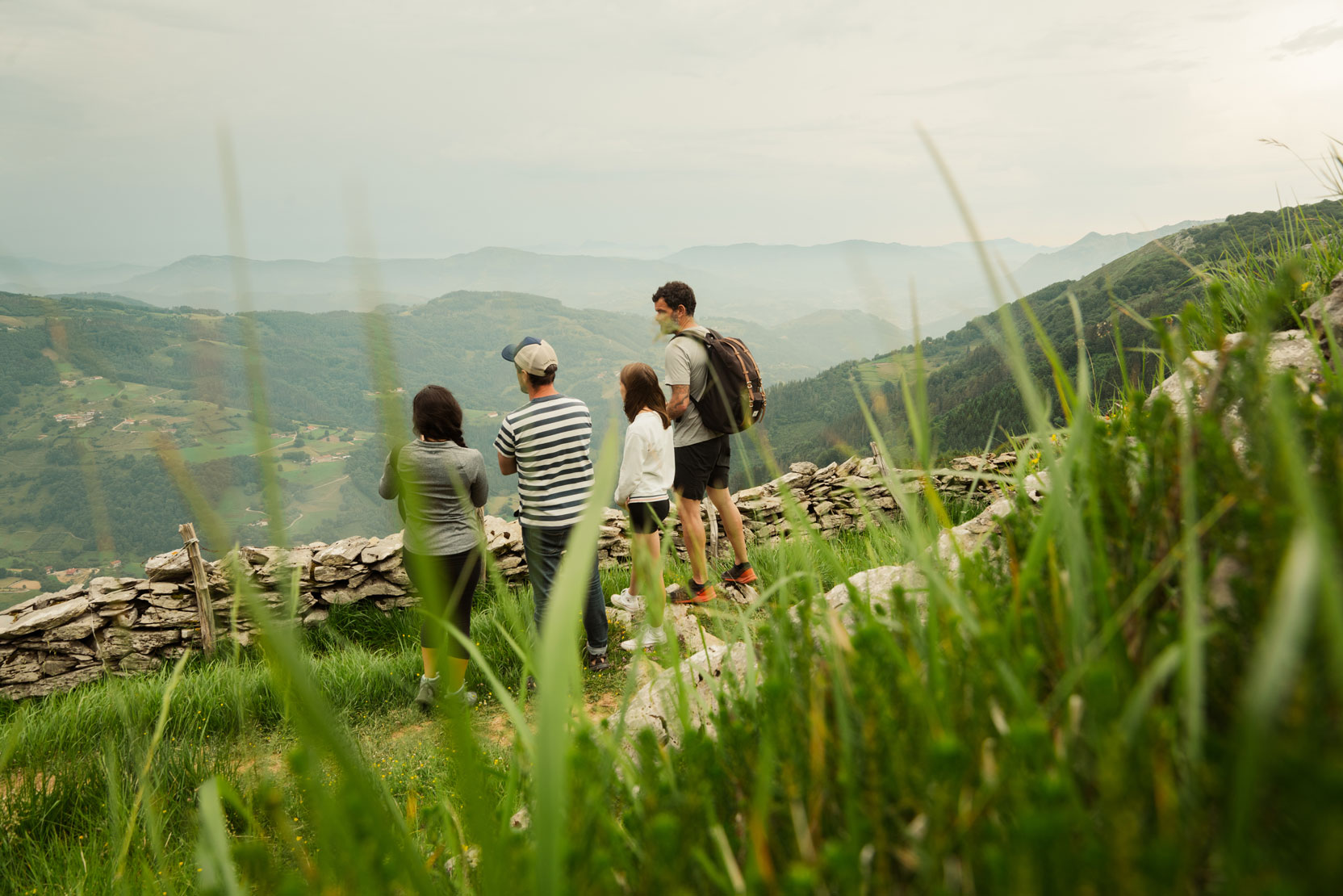 After Zumaia, Getaria (today we don't want to make it easy for you with the Basque names): another adorable fishing village where Juan Sebastián Elcano was born, the first sailor to go around the world by boat in the 16th century. Another internationally known Basque was born here, the couturier Cristóbal Balenciaga, and they have a church crossed by a tunnel in what is one of the best preserved historical centers in Gipuzkoa. At lunchtime we won’t make it easy either: do you prefer a meal in the country or one with a view of the sea? It's up to you! Both options have a nice repertoire of traditional, seasonal Basque food.

This is the end

We’ll end the day as we started it: on another lovely road heading to the town of Aia that perfectly sums up the day: winding between mountains without losing sight of the sea. 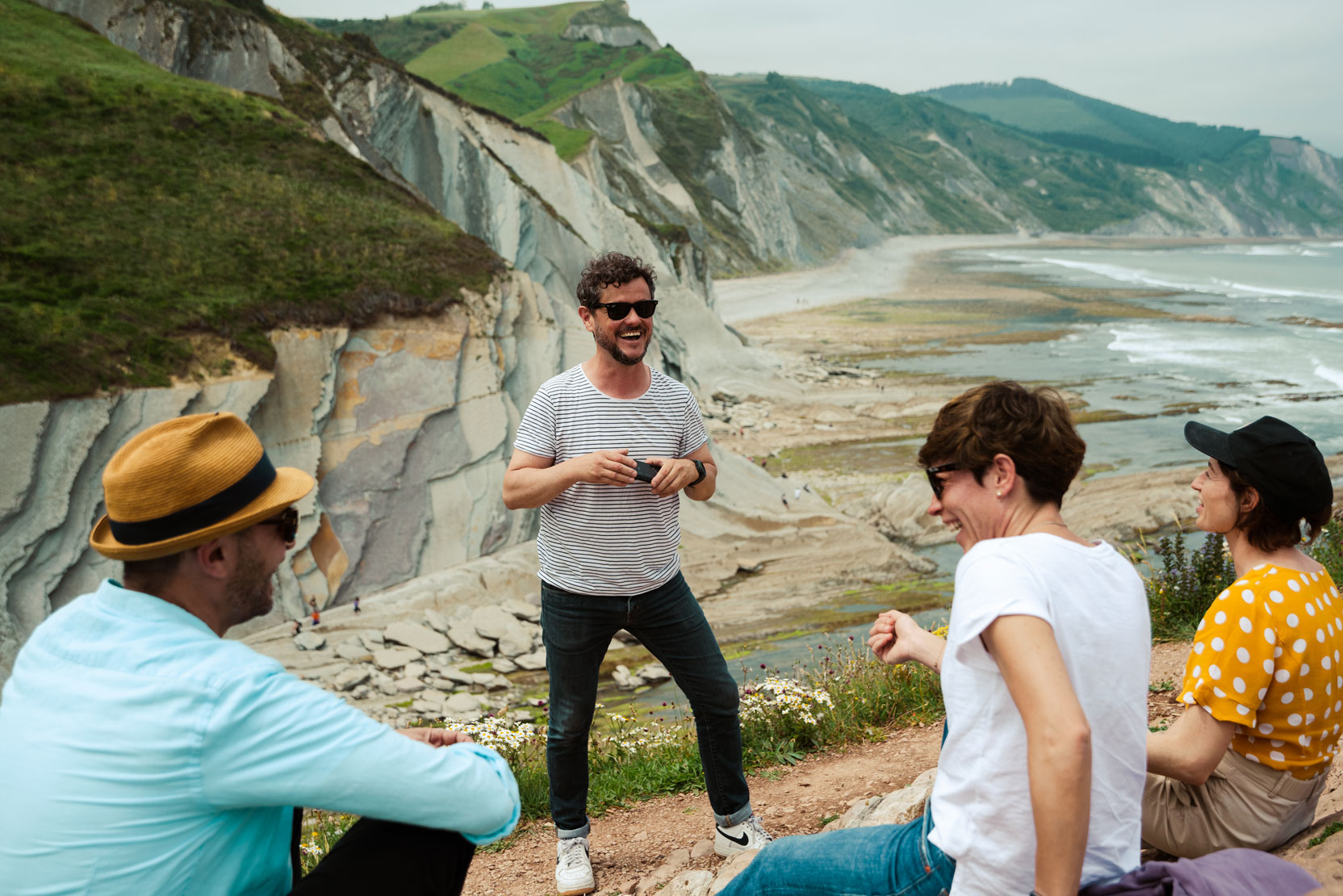