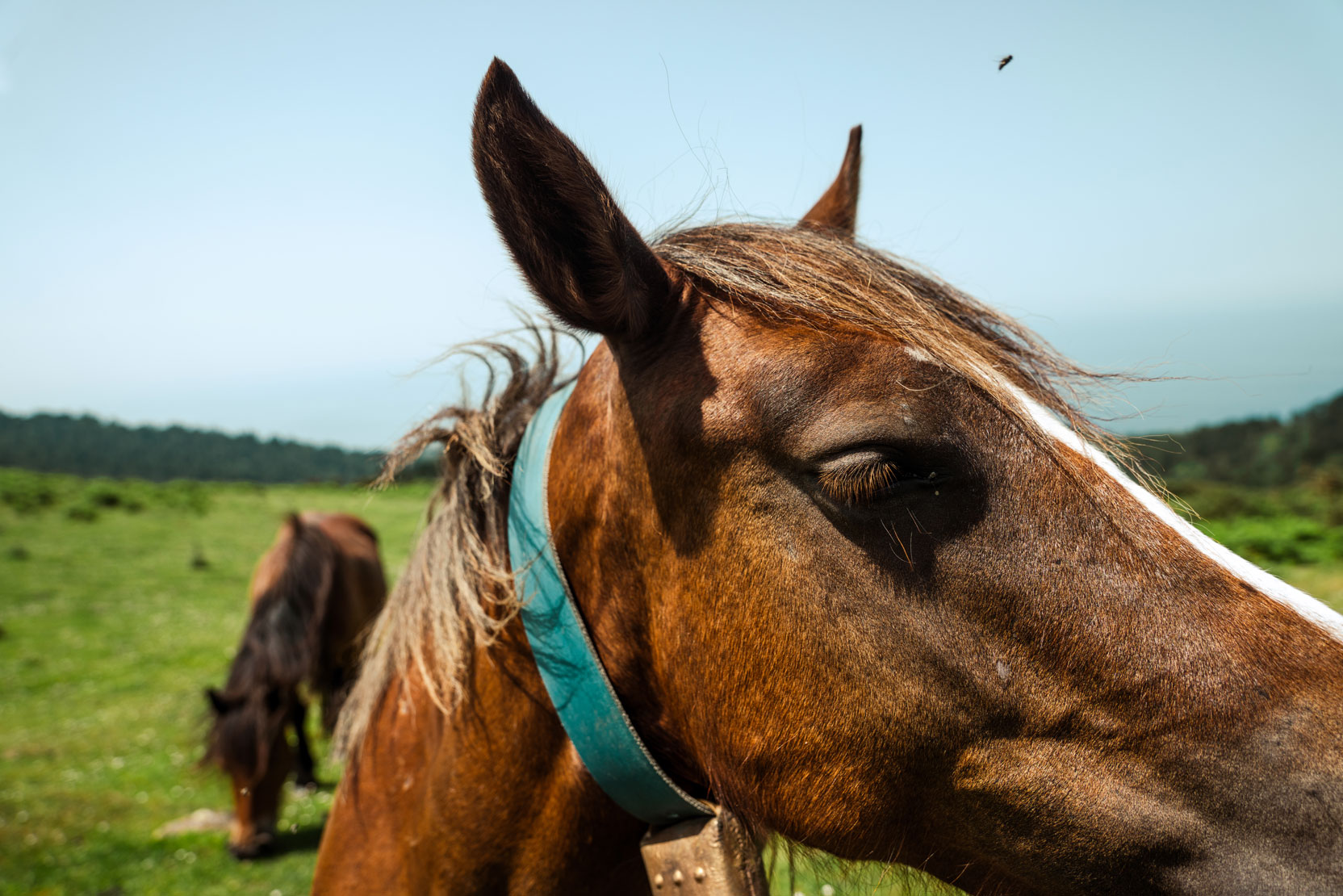 We head to the roof of Gipuzkoa to find a building covered in ‘thorns’, a walk more than 1,000 meters high among meadows and forests, and a breed of Rastafarian sheep from whose milk the most famous cheese in the region is made.

We go by van to the Arantzazu Sanctuary (90 km south of San Sebastián) and there we begin an ascent, walking, of 400 meters of slope, to the domains of Aizkorri-Aratz Natural Park.

The Arantzazu Sanctuary was built in the 1950s amid a great controversy: its architecture was considered so modern and bizarre at the time that even the church itself spoke out against it and prevented Oteiza’s sculpture of the 14 apostles from being installed, considering it heresy (according to the Bible there are officially only 12 apostles). The building imitates the thorns of the bush in which the Virgin appeared in the 15th century. In this building you’ll find, among other things, the first works of now consecrated Basque artists such as Chillida, and spaces that seem to have been taken from the film Alien (1979) by Ridley Scott.

Once at the top of the Aizkorri mountain range, we cross the fields of Urbia, immense green meadows, groomed like golf courses and inhabited by herds of horses, cows and latxa sheep (you’ll recognize them by their primitive appearance and their wool that seems to form dreadlocks). After the walk, a well-deserved typically Basque lunch with km. 0: cured sausages, ham, tuna and Idiazabal cheese (made from the milk of the latxa sheep you, hopefully, have seen grazing). 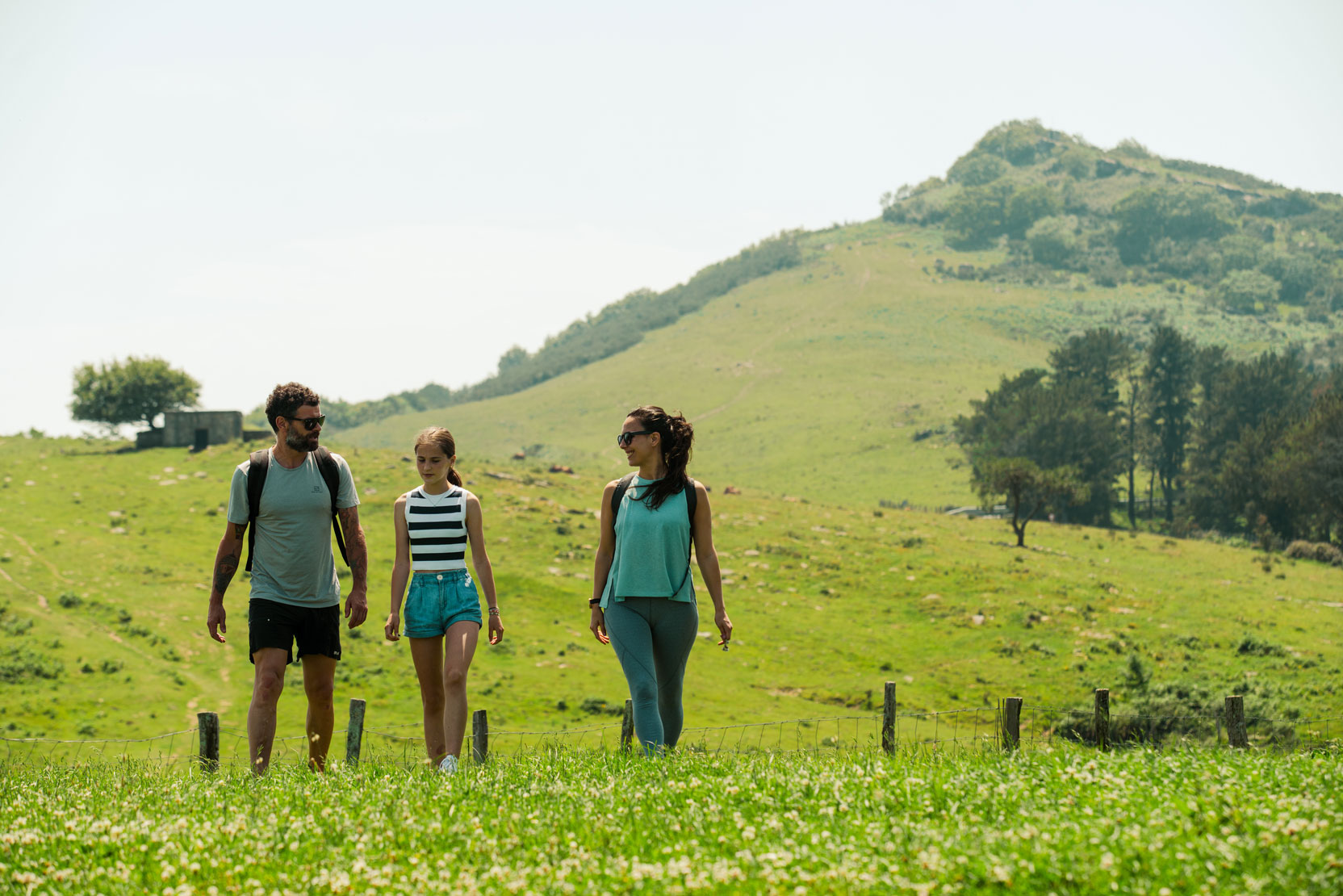 Choose your own adventure

From Urbia you have two options: go down with the guide again to the Arantzazu sanctuary or cross the mountain to its eastern side to reach the Roman road (actually, it’s medieval - the Romans didn’t want to climb so high) and the famous tunnel of San Adrián, a natural cavity that served as a passage for travelers heading towards Castile and where there were taverns, inns and a hermitage that still stands today. From the tunnel to the van you’ll have a short walk. 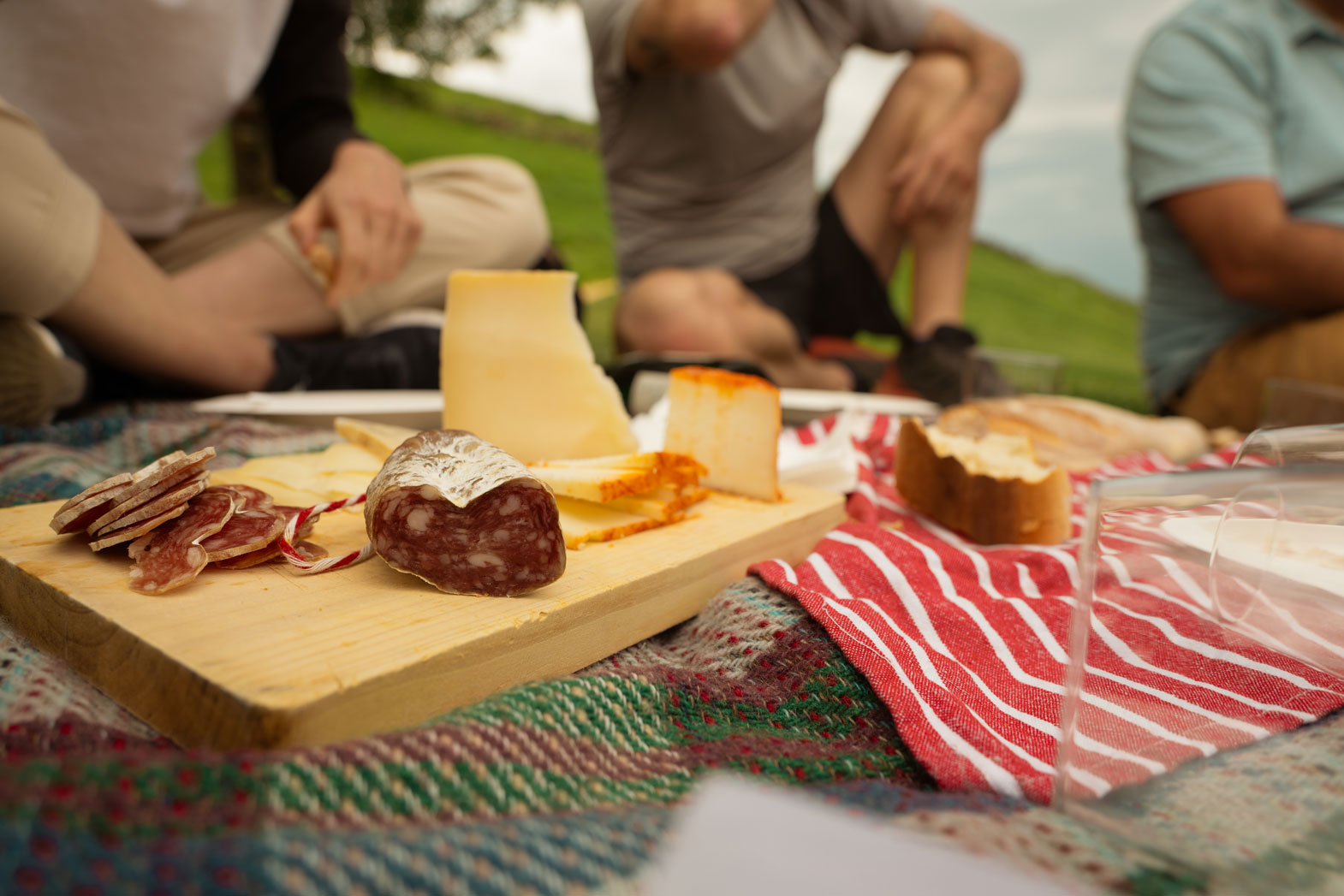 I took the Aizkorri tour with Ernes today. Absolutely amazing experience. We had a great conversation about Basque culture, possible adventures and geopolitics. Ernes and his team travel a lot and they are very knowledgeable about food, drinks and adventures :) We also had a picnic made of local food. Delicious!

I'm very happy I took this tour as without Ernes it would have been very very hard to get to this mountain on my own. I have hiked around Europe quite a lot and it's my goal to cross Pyrenees next year and Ikusnahi team gave me a lot of tips on the crossing as they also have a base in the mountains!

I fell in love with San Sebastian and Ikusnahi Tour is a major reason for that! Highly recommended :)