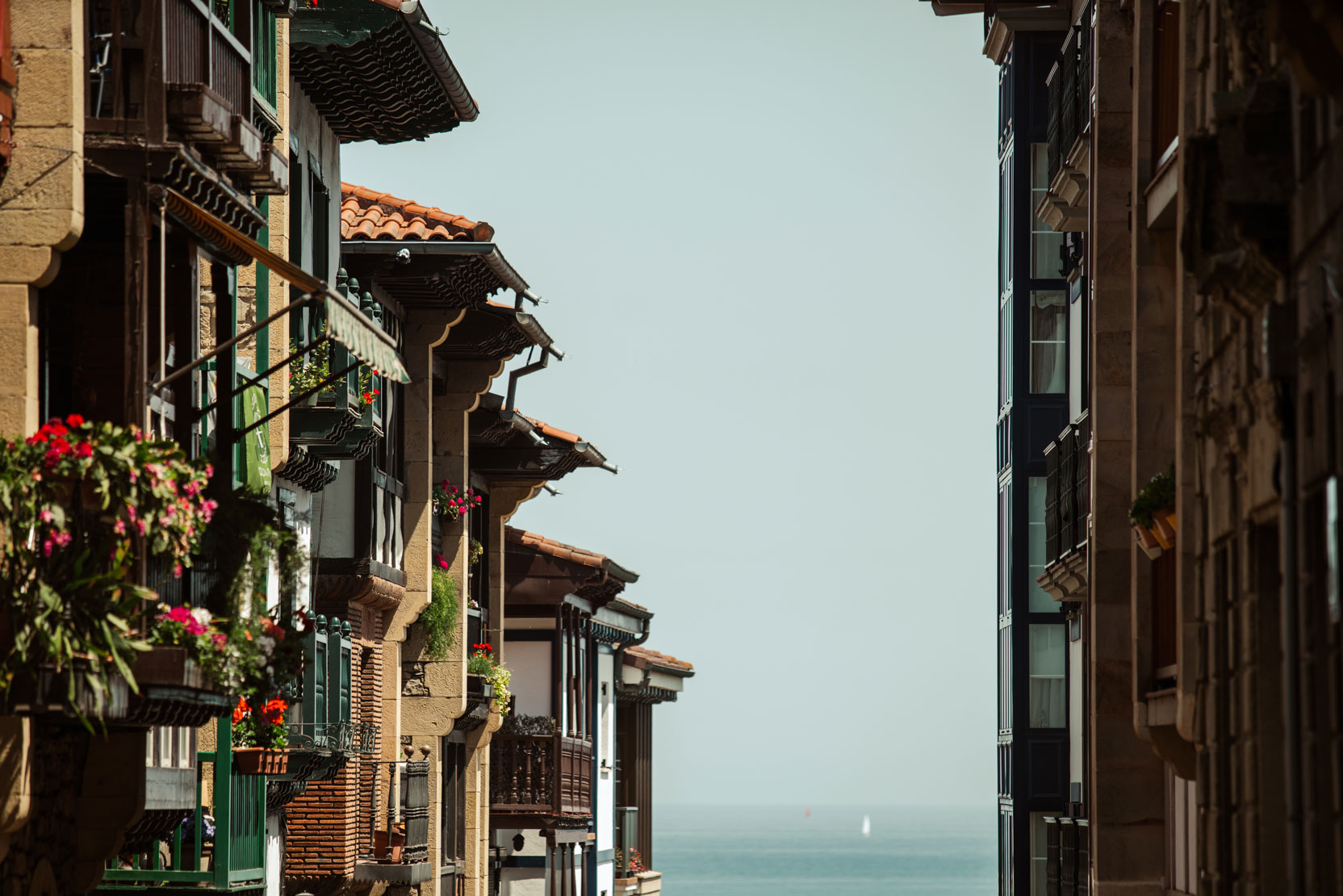 It would be a pity to go to Gipuzkoa and not get to know its most adorable town, Hondarribia. Why adorable? For its medieval and walled neighborhood, for its fishing district full of gastro avant-garde, for its views of the neighboring country, for the tips that our guides will give you about how to eat pintxos (and you never dared to ask).

There are shorter routes to get to Hondarribia from San Sebastián, but we we’ll travel along the most beautiful: the panoramic road of Mount Jaizkibel, the third highest coastal mountain in Spain. We’ll take the opportunity to explain a few things about this route of sailors, pirates and the best modern gastronomy.

The advantage that Hondarribia has is that it’s a single town that seems like two: one a medieval fortress located on the highest ground (with thick, high walls, cobblestone streets, slopes, wooden balconies full of flowers, a palace of Emperor Carlos V that hides tapestries based on paintings by Rubens...), and the other a typically Basque fishing village (white houses, colored windows, a large tree-lined esplanade where fish used to be sold, tiny bars with dreamy pintxos...), today a gastronomic hot spot. Because of the former (for being fortified) Hondarribia has witnessed dozens of battles; because of the latter (its fishing port), Hondarribia has witnessed something much better: how its bars and restaurants have becomes a world gastronomic reference, praised even by the New York Times. 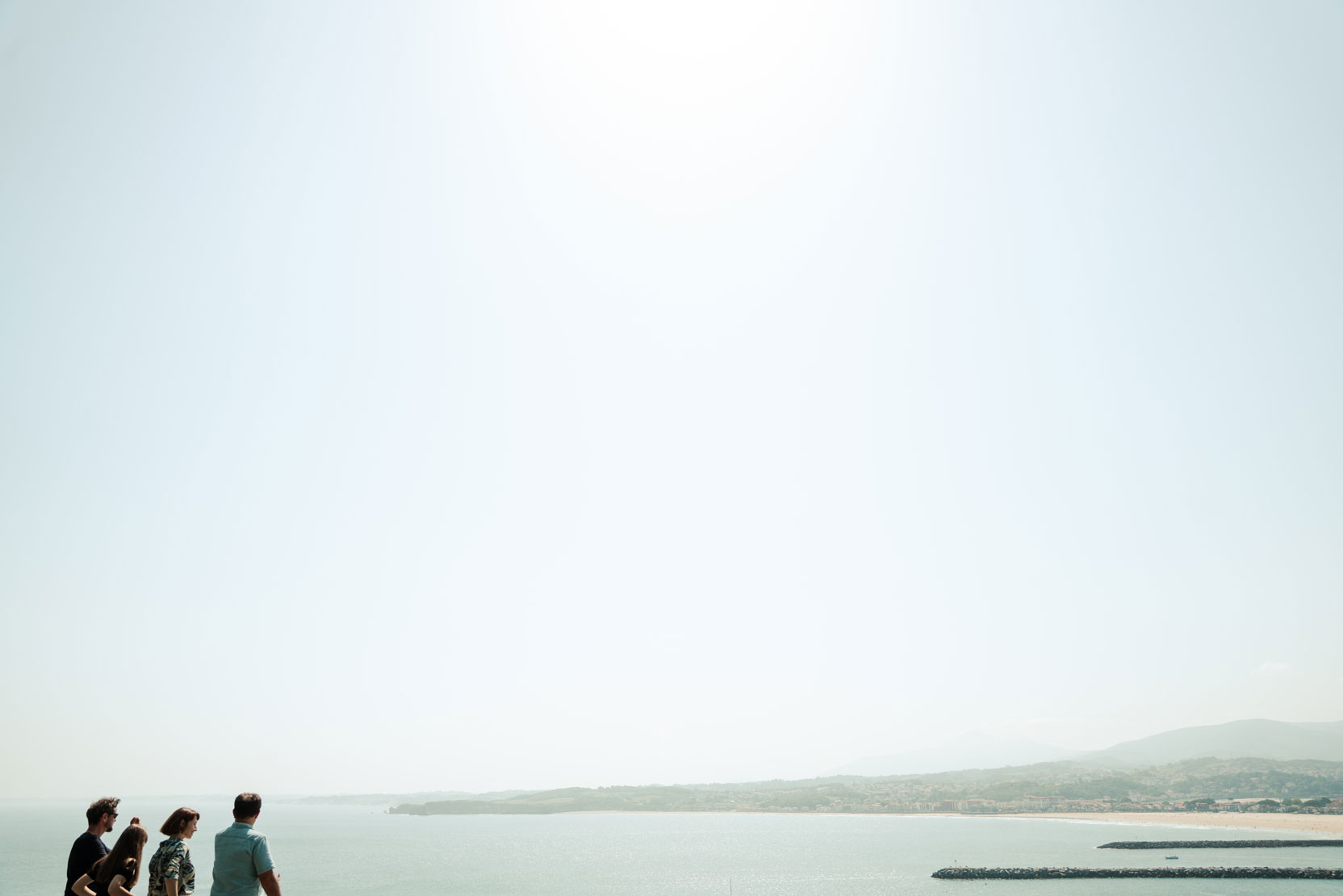 How to deal with pintxos

Did you know that the Basque Country Pintxo Championship was created in Hondarribia? So it was, because here they know something about the best and most ambitious cuisine in miniature. To show you and demonstrate the power of Hondarribia, we’ll visit one typical bar in the upper part (the medieval side) and another two in the lower part (the fishing village, called La Marina, on Calle San Pedro). There will be all kinds of bars and pintxos: family-style places, and the latest (and modern) generation, award-winning restaurants, pintxos whose recipe has barely been altered in decades, crazy recipes that play with textures and the best raw materials, and a long “etcetera.” Our guides will also teach you tricks, codes and tips to enjoy the pintxos experience like a local.

Of course, we’ll pair the pintxos with local beverages such as wine, beer and apple cider, and we’ll reserve a sweet surprise for the end, the ideal finishing touch after a pintxos tour. 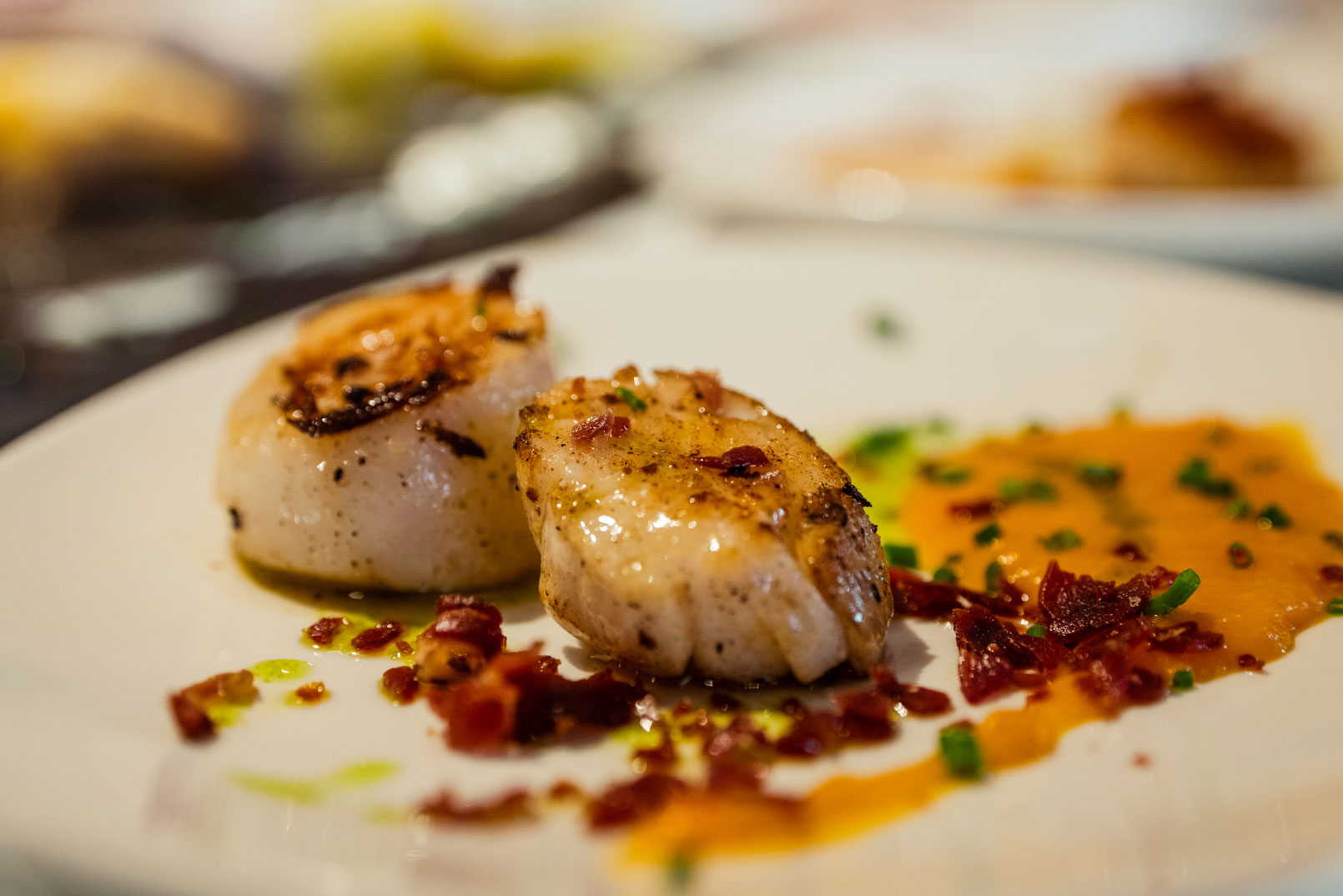 My family and I just came back from San Sebastian where we spent 8 incredible days touring the beauty of the region, tasting the delicious food and the soaking in the warmth of the people. This is an experience that we will never forget. While in San Sebastian we took three separate tours with Ikusnahi Tours, all three tours were outstanding. The level of professionalism, the knowledge of the area and their attentiveness to details are first class and second to none. Starting with Ernes outstanding customer service and attention to details and Mikel our tour guide for all three tours who went above and beyond to make our tours enjoyable, relaxing and educational. This was an experience we will never forget. My family and I thank you !!

It was a great gastronomic experience. I recommend going with an empty stomach because the food is wonderful. It is a true spectacle for the eyes and the palate. The pintxos are high quality! We started eating some portions in a restaurant, with a Michelin star, you can't miss it. Ernes, more than a guide became a friend. We had a great time together. It is an experience that I highly recommend, and that I will repeat when I return to those lands.