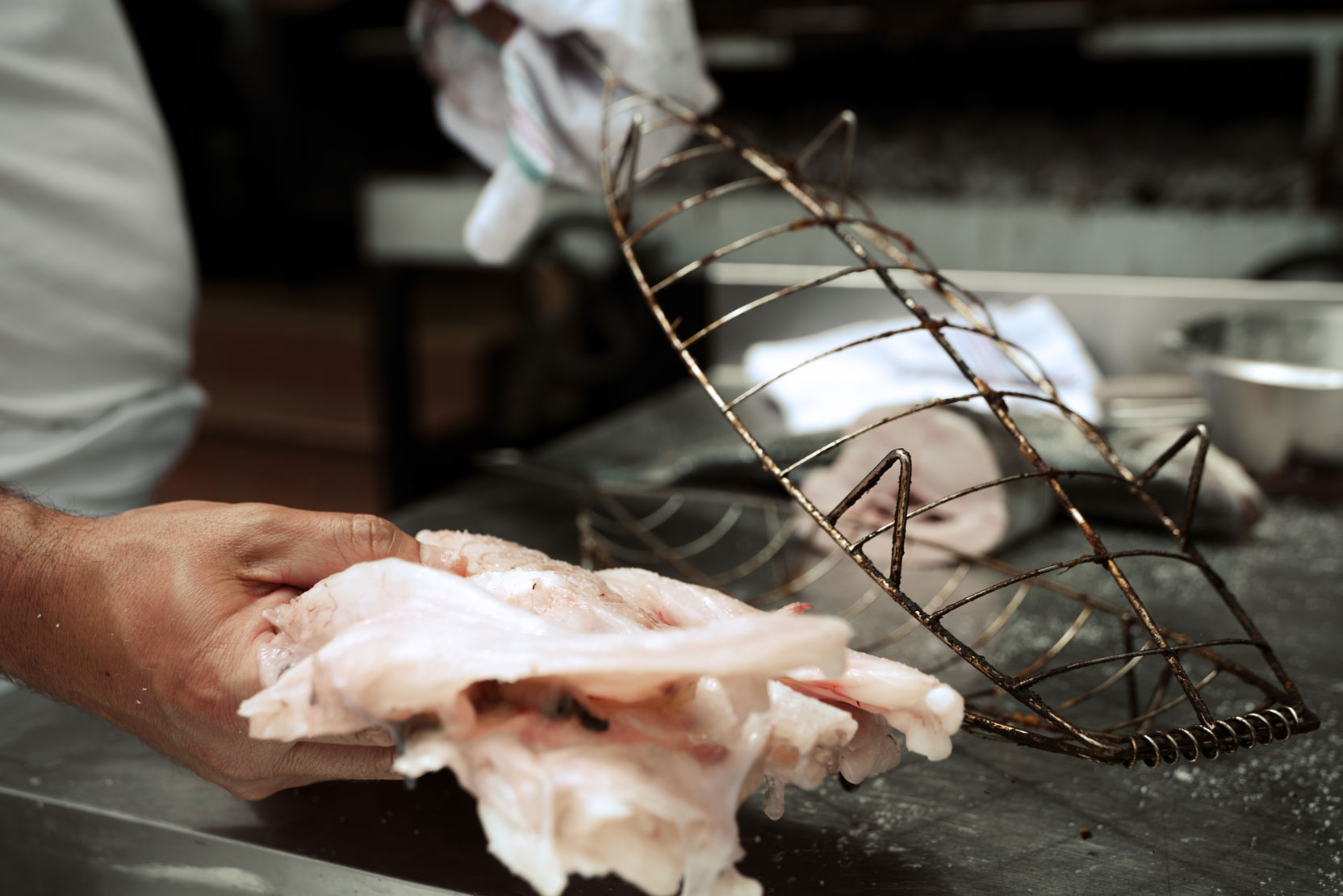 What is a 'planazo'? What does it mean? Simply, a 'great plan': a walk through a fishing village, another walk along its cliffs, a look at the locations of Game of Thrones, a visit to the town where the first man to go around the world was born and, finally, barbecued fish caught a few hours ago.

We’ll depart San Sebastián for Zumaia, a beautiful fishing village protected from the Cantabrian Sea by some of the world’s unique cliffs. In the rocky strata of this Unesco World Geopark you can read, as if it were a newspaper, what has happened on our planet over the past million years. Our helpful guide will explain what the heck 'flysch' and 'karst' are (spoiler: these aren’t Basque words), and will lead you through a unique space: the hermitage of San Telmo overlooking the void, the beach of Itzurun (“Dragonstone,” from the series Game Of Thrones), or the path along the cliffs. 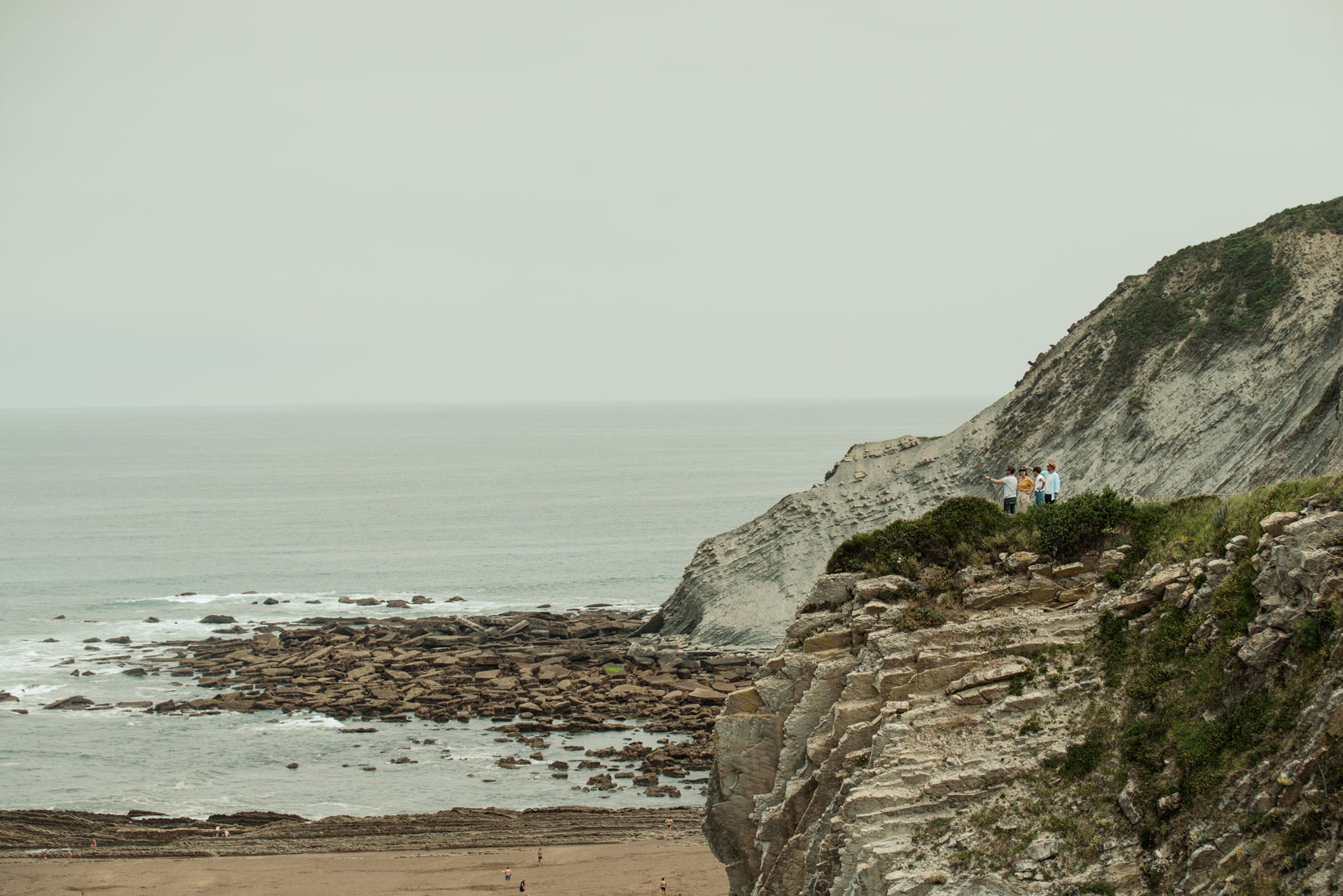 Then it’s on to Getaria (today we won’t make it easy for you with Basque names): another adorable fishing village where Juan Sebastián Elcano, the first sailor to go around the world by boat in the 16th century, was born. Another world´reknowned Basque was born here, the couturier Cristóbal Balenciaga (“The master of us all”, according to Christian Dior). There’s a church traversed by a tunnel in what is one of the best-preserved historic districts in Gipuzkoa. Getaria hides a mouse of a certain size, whose location will be revealed to you when the time comes.

Getaria also has one of the most important ports in the Basque Country, making it the gateway to the best fish. We’ll visit a local canner and get to know the secrets of conserving anchovies and tuna. Next, we’ll visit a small winery that uses traditional methods and grapes called Hondarrabi Zuri and Hondarrabi Beltza. Thus you’ll learn the intricacies and power of txakoli. What is txakoli? A white wine with a a slight acidity and a lot of character, grown in vineyards by the sea, and ideal to pair with fish dishes. 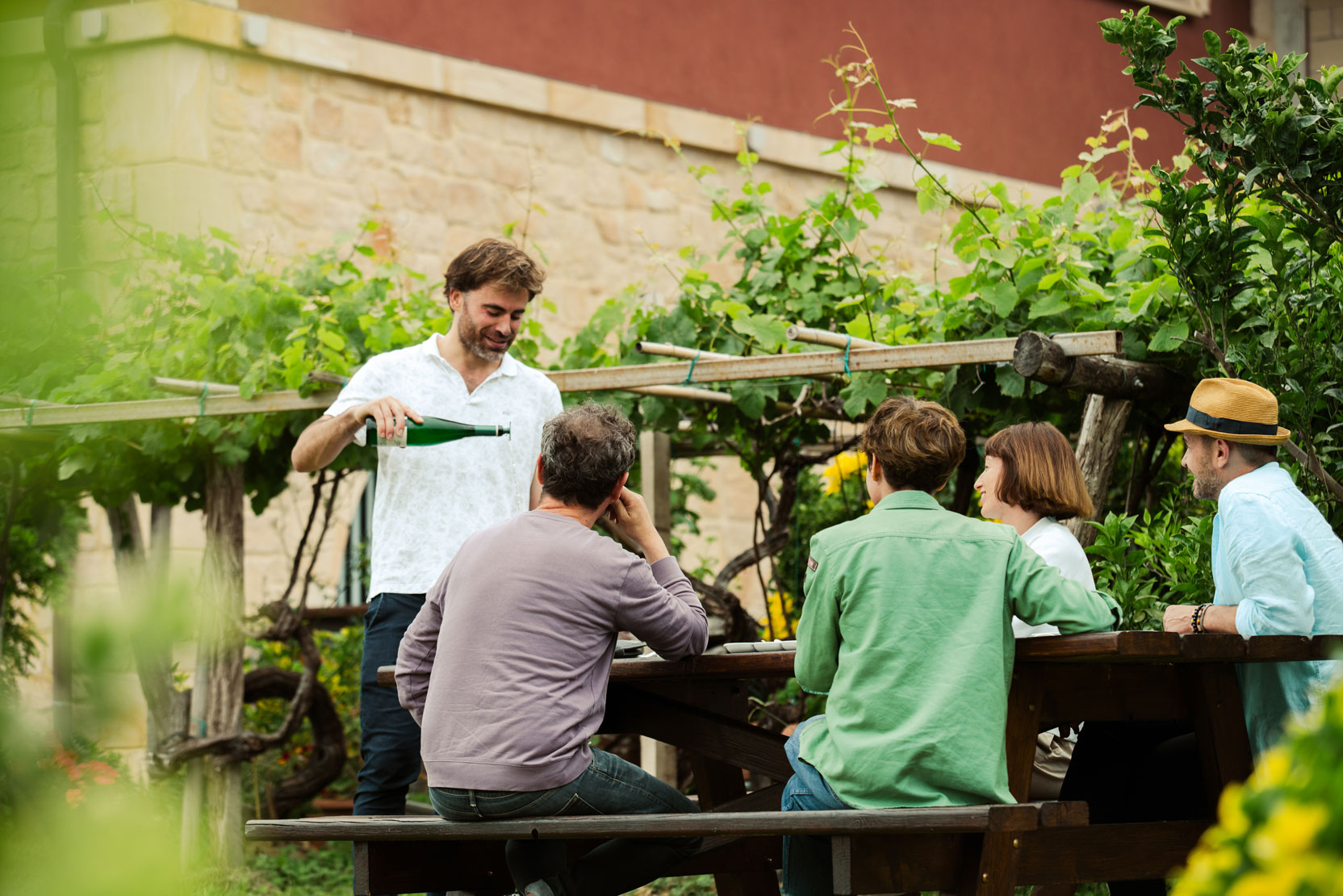 We have the wine, we have the fish, and we only need the fire to prepare the food. Did you know that Getaria is world-famous for its charcoal-fired fish grills? You’ll see it when we go down to the port for lunch and see the smoking barbecues right out on the street. Clearly you can participate in all this, tasting Getaria’s best specialties: fish caught just an hour ago from the boats from Getaria, and txakoli from the vineyards that surround the town. Did you say 100% local meal?

It’s a dream road for two reasons: you can take a good nap after lunch and dream of sheep (latxas, of course), but we don’t recommend it. The road back to San Sebastián is one of the most beautiful on the Basque Coast. It would be a pity to miss these winding roads (splashed by waves during heavy storms), or the cows grazing alongside quiet farmhouses on Mount Igeldo. Just saying.

We absolutely loved this tour. Ania was both knowledgeable and entertaining. The txokali tour was so much fun and the wine tasting paired with different foods was exactly what we were hoping for. The grilled fish lunch was an excellent finish to and amazing tour.