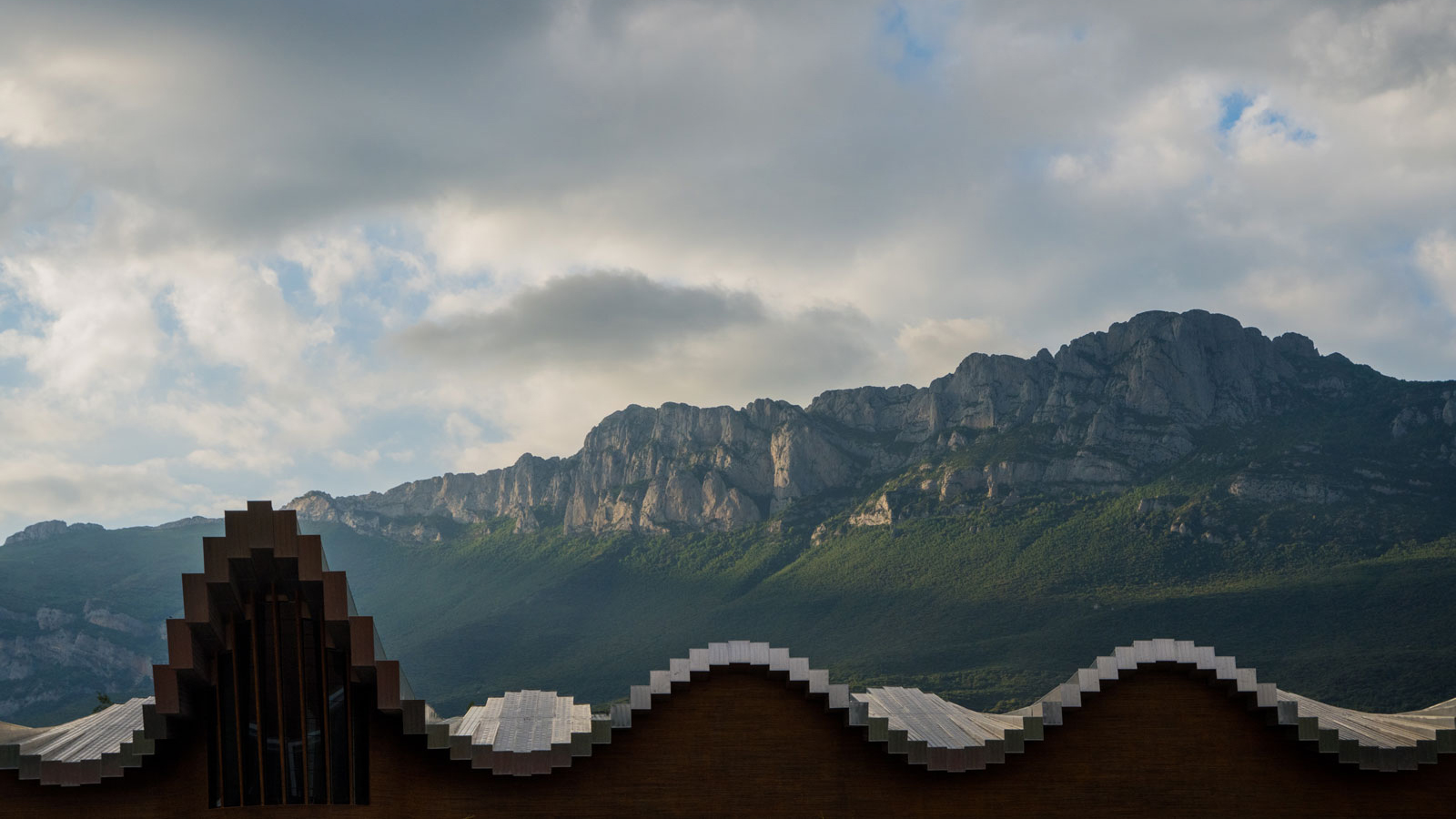 What is Rioja? An entire territory covered with vineyards, where the wineries are as sacred as cathedrals. What are we going there for? To find out the secrets of wine (and its landscapes) in four of its wineries.

"Cursed wine is better than blessed water," goes an old Spanish saying. On this tour, Ikusnahi will take you after the ‘blessed wine’ from the most famous wine region in Spain. We’ll visit four wineries that will show us four radically different ways of making wine: from Tempranillos aged in barrels hidden in humid caves to young and daring wines. Rioja is also one of the northernmost producers in Spain of the country’s liquid gold: olive oil. Of course, you’ll try it.

Three countries (in one)

Rioja is located on the banks of the legendary river Ebro, the longest river in Spain, 90 minutes from San Sebastián. You have to go by van, but you won’t be bored: we’ll cross three of the most emblematic Spanish landscapes: the green and mountainous forests of Euskadi, the flat dry fields (yellow or green, depending on the time of year) typical of Castile, and the large expanses of vineyards on the gentle hills of Rioja. Three countries for the price of one.

Malolactic fermentation? Protected Designation of Origin? Young, Reserve or Great Reserve? Vintage? Pituitary? Do any of these words sound familiar to you? Probably not. When the tour ends, if the vapors of the wine allow, you’ll know the meanings of all of them. Rioja is such a rich wine region that it includes many types of wineries: there are classic ones with legendary vintages (we’ll visit them, we’ll taste them); there are small, family-run bodegas who take risks with young and daring wines (we’ll visit and taste them, too); and there are centuries-old winereris, devoted to a traditional wine: is it necessary to say that we will also visit and taste them?  You’ll choose the fourth winery according to your tastes: a classic winery, or a young and experimental one? What’s your favorite grape? Tempranillo, Garnacha, Graciano, Mazuelo or Maturana? The choice is yours. 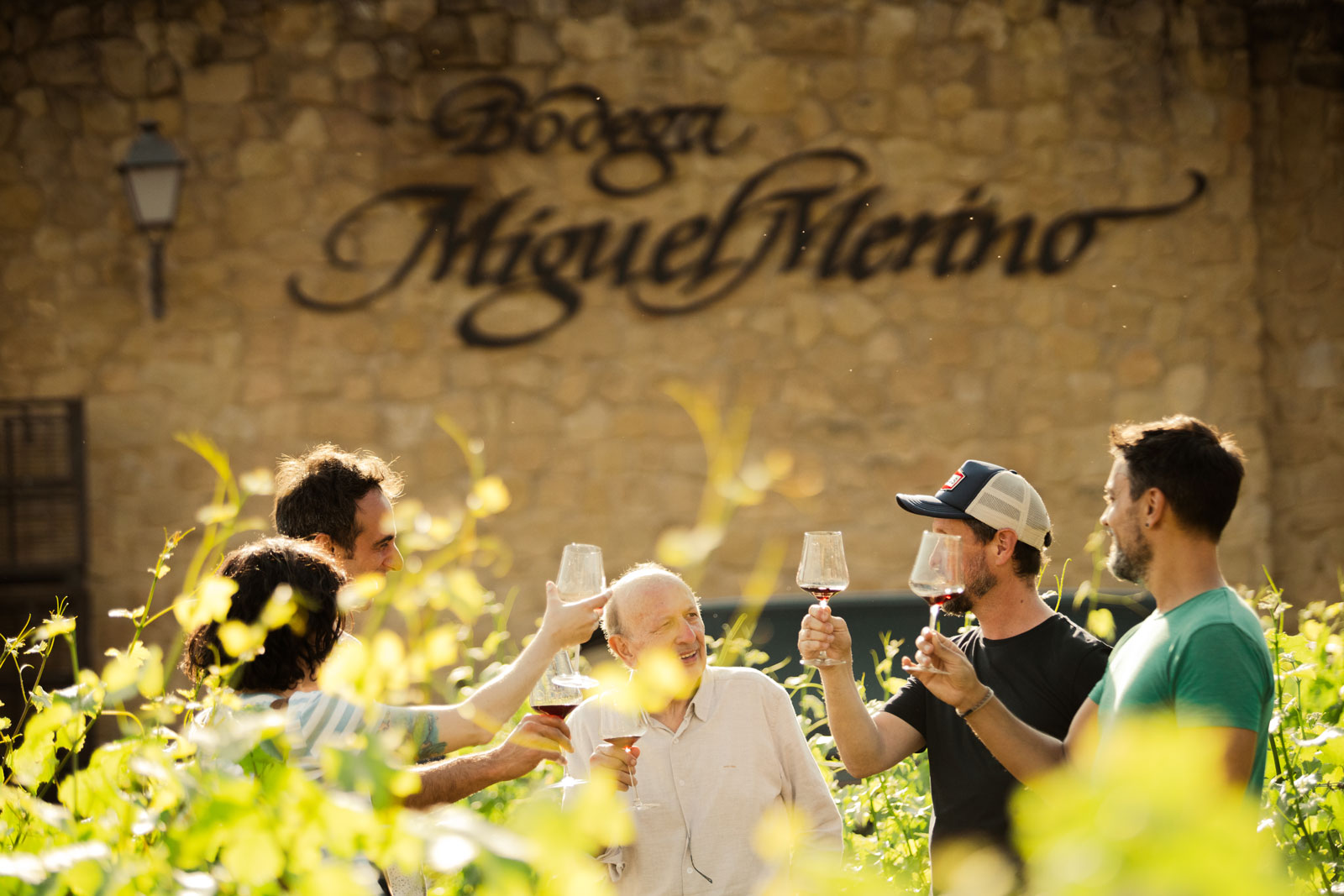 Haro is the wine capital of northern Spain. This is where the French went in desperation in the 19th century, when phylloxera devastated their vineyards and the country was left without grapes. It was then that they began to take a chance on developing a quality wine industry in the region. One hundred-plus years later, they’ve succeeded. And wow, have they succeeded.

Rioja is not only wine, wine and wine, but also a territory extraordinarily rich in historical heritage. We’ll see medieval towns such as Laguardia, with baroque churches (full of gold, virgins and cherubs, inherited from the Spanish Counter-Reformation) alongside the latest “cathedrals “ of wine, such as the Marqués de Riscal wineries by Frank O. Gehry (which uses the same titanium as the Guggenheim Bilbao museum), and the Bodegas Ysios by Santiago Calatrava. 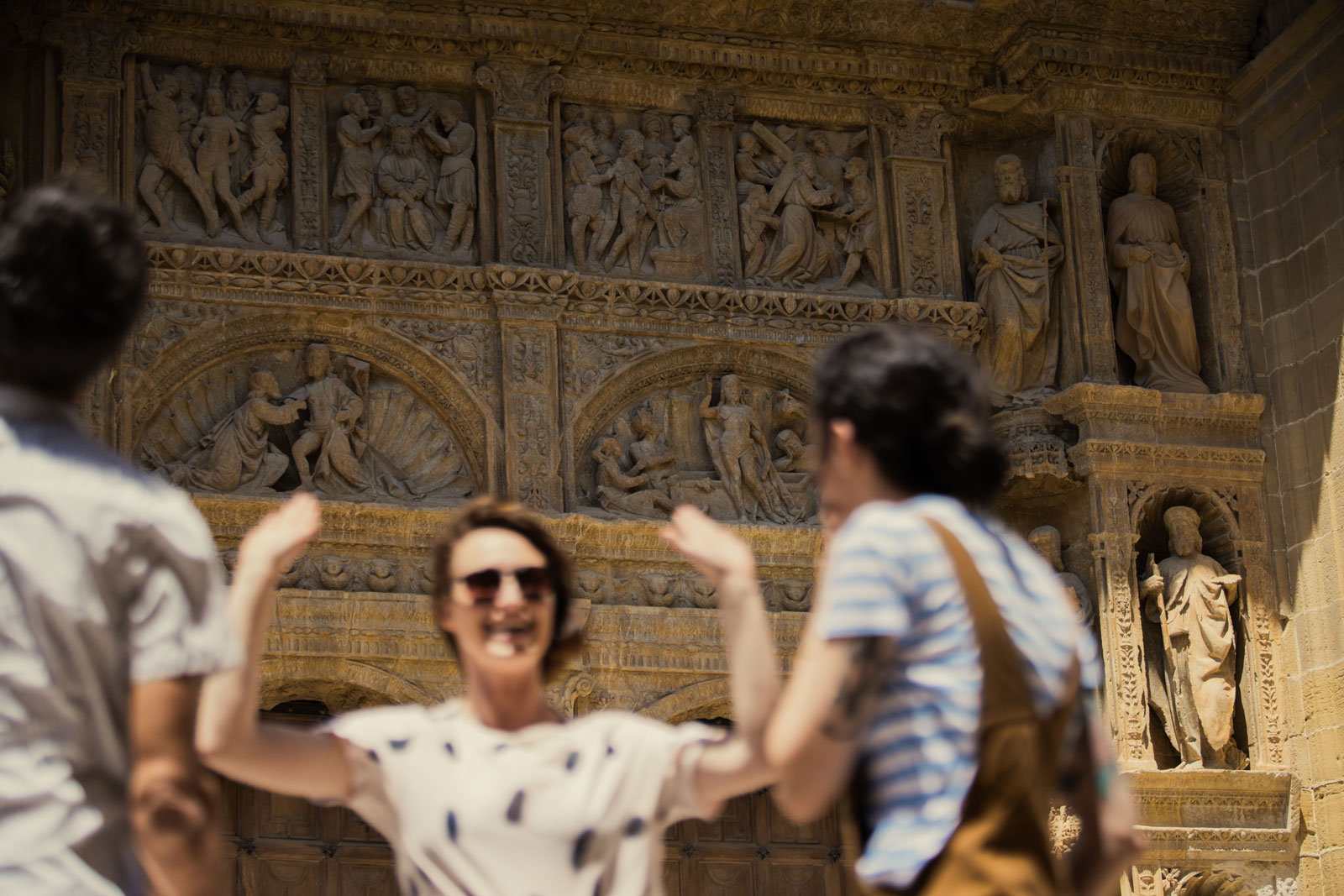 Our 3rd tour by Ikusnahi, they are amazing! Going to Rioja with Ernes was amazing. He's an insightful, charming and extremely well organised guide. Can't praise him, the tour, enough ! Alastair

Ania was a lovely guide and brought us to great wineries. She also filled us in on Basque life & history. A gastronomic triumph!