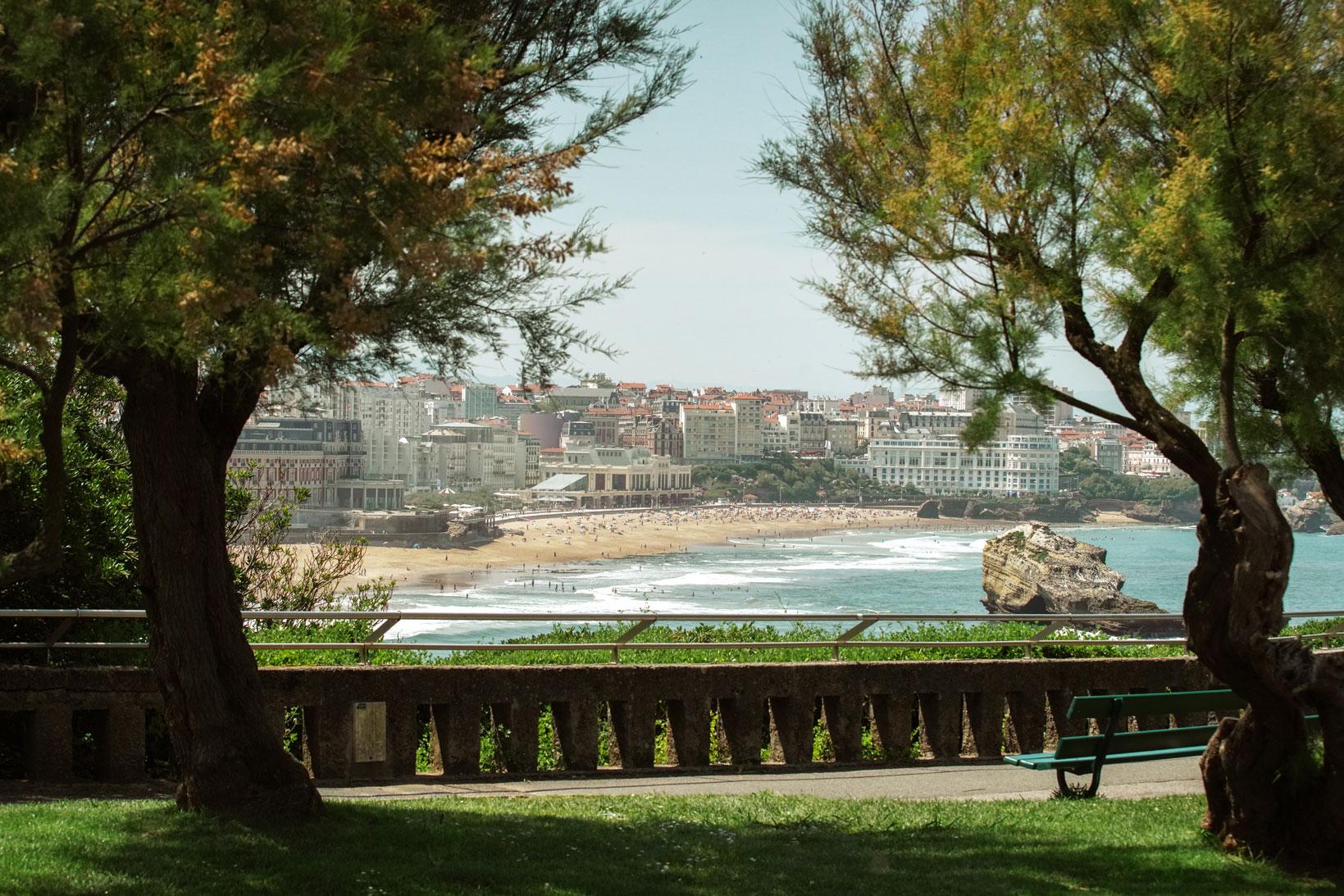 Biarritz is many things: Europe’s gateway to surfing in the mid-50s, a pioneer of beach tourism (they started promoting it 200 years ago!), and one of the most coveted places to see and be seen. We’ll walk along its promenade admiring the sea and its sumptuous hotels until we reach its 44-meter-high lighthouse.

We’ll visit the colorful market Les Halles to take the pulse of daily life and get in touch with the greatest that France has to offer: its cheeses, its charcuterie and its bakeries / patisseries. Bon Apetit! 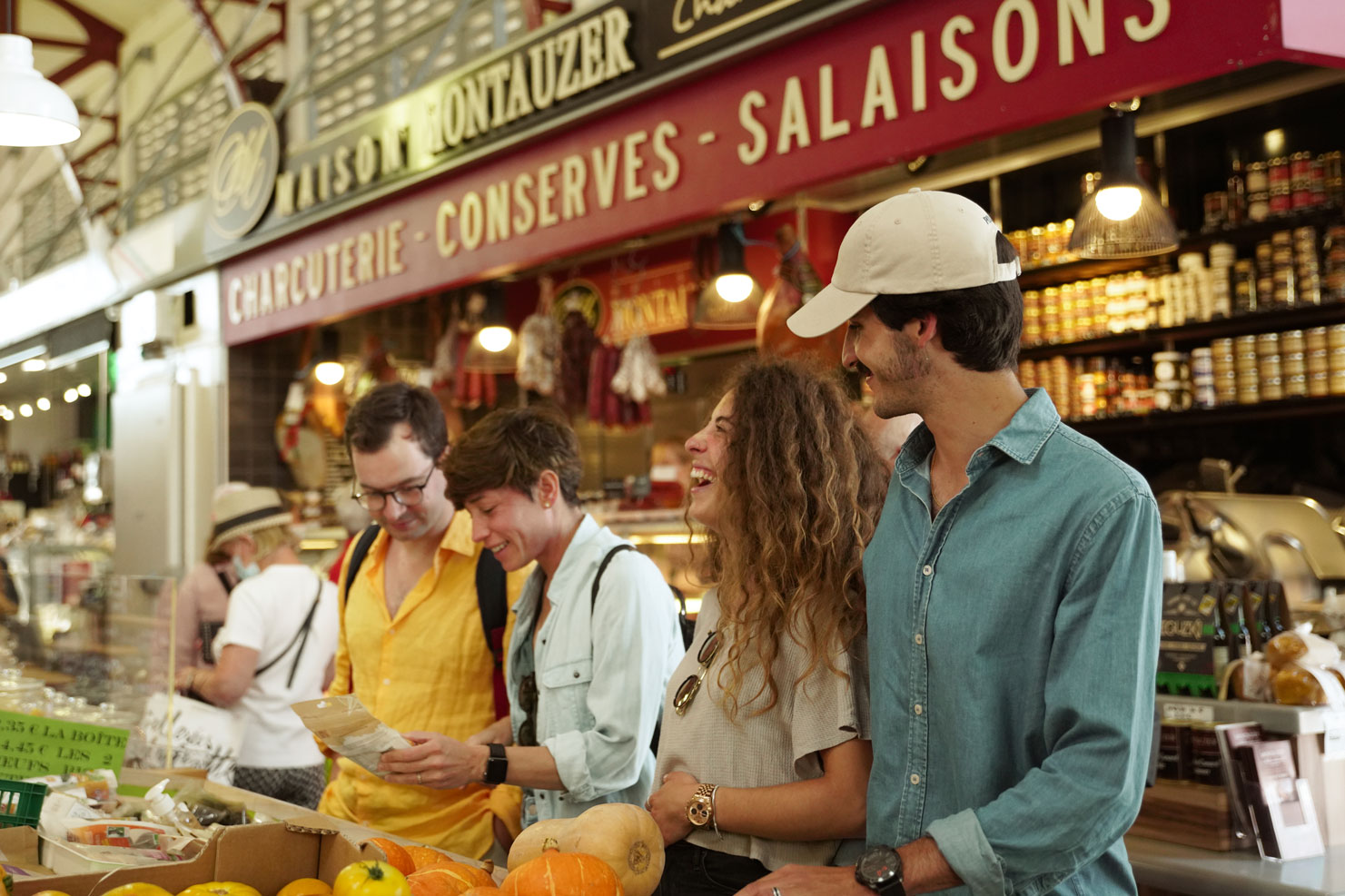 An anecdote: the legendary pop star Madonna once spent a vacation in Guethary and was so captivated by what she experienced that, on her next tour, she took a txalaparta group (a typically Basque percussion instrument) as har opening act, and even sang in Basque. How did Guethary seduce the Queen of Pop? Very simply: white houses, red shutters, trees and meadows that reach down to the sea, rocky cliffs, hidden beaches and a surfy atmosphere.

Pirates of the Cantabrian Sea

Protected by a bay, Saint Jean de Luz is a peaceful summer fishing village where we we’ll visit the Maison Adam patisserie where, in 1660 (!) they created the famous ‘macaron’. At that same time, a certain Johannès de Suhigaraychipi, a French corsair who captured more than 100 British, Dutch and Spanish ships, was sailing through the area.

They call it ‘La route de la Corniche’ and it is one (yet another!) of the most beautiful roads in the Basque Country. The section between Ciboure and Hendaye is only 8 kilometers long, but you’ll never want it to end. Well, actually, you will, because when it's over, it will mean that you've reached...

The last (or first, depending on how you look at it) city on the Spanish coast is a privileged place with sea, river, bay, mountains, a fishing district at the forefront of world cuisine (says the New York Times!), and a walled medieval neighborhood (with streets not suitable for heels) at the top. 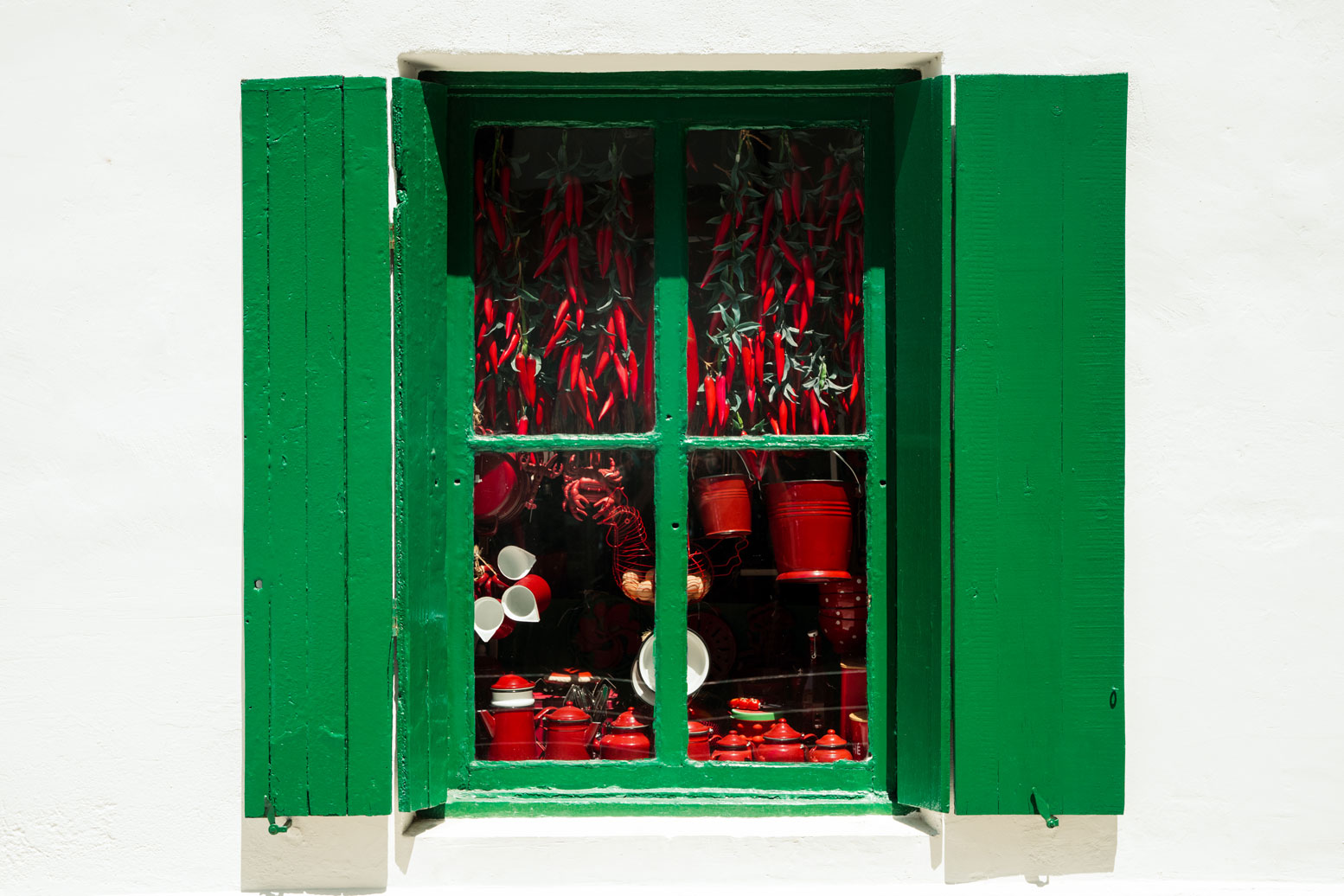 We’ve planned the itinerary to have lunch in Hondarribia, with a choice of either pintxos or a fixed menu in a Michelin-starred traditional grill house. You decide (it's not easy, we know).

There is no better way to get to San Sebastián than through the road that runs along the crest of Mount Jaizkibel, and from which you can see the Basque coast to Bizkaia.

Our experience with Ikusnahi tours was incredible. I can’t say enough about our guide Ania. She was professional, and knowledgeable but most of all Ania was so much fun! We just met her but our family felt like we were traveling with a dear friend! We spent 3 days with Ania and every day was an incredible adventure. We also experienced the San Sebastián sightseeing tour and the French Basque county tour, all of which I highly recommend. The communication before and during the trip was amazing and we always felt so well taken care of. The memories of the Basque Country and especially Ania are something we will always treasure!

We highly recommend booking the tour with Ikusnahi Tours. They are very knowledgeable about the areas and history of these places. They are also pleasant and accommodating during the tour.

Our trip to Biarritz and Saint Jean de Luz was wonderful! We went to the shopping district where the local markets are. They sold fresh fruits, vegetables, bread, fish, flowers, meats, etc. And around that area, there were also nice clothing stores and wonderful cafes. We also visited the coast near the area, which is known as a Surfer’s beach.

After that we went to Hondarribia and Mont Jaizkibel. We saw wonderful views of the coasts and fields, and visited historical monuments.