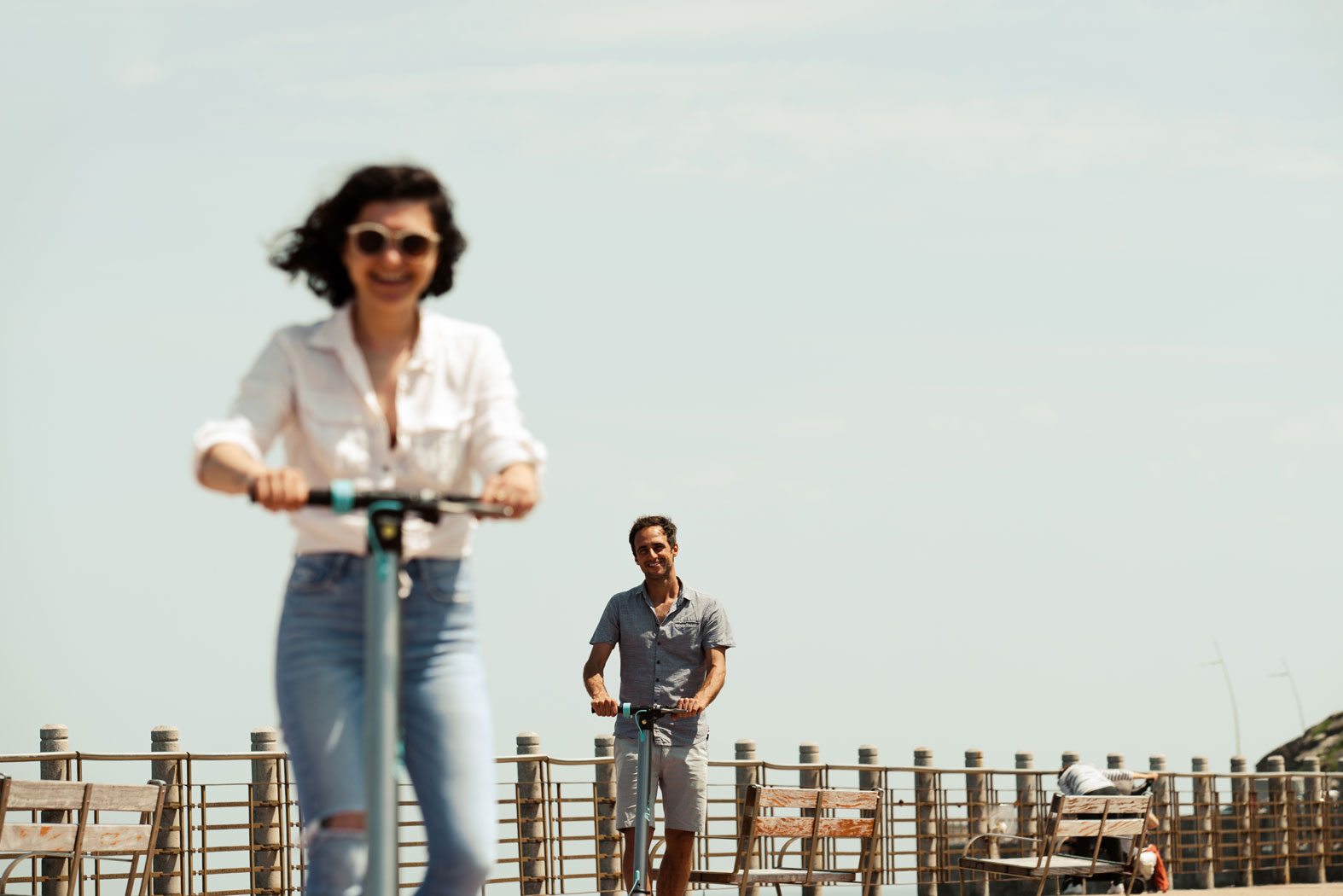 From hill to hill, neighborhood to neighborhood, you’ll get to know the Basque passion for giant sculptures, 200 years of architecture and why San Sebastián is considered one of the most beautiful cities in the world. Five neighborhoods, four hours, three beaches, two emblematic plazas, a pintxo and a drink. Need we say more?

We start at the foot of Mount Ulia, in the young, surfers’ neighborhood Sagües, where beautiful* young locals (*we can’t always guarantee this) come to say goodbye to the day. There, next to ‘el muro’ (the wall) is the sculpture called la Paloma de la Paz (the Dove of Peace) by Nestor Basterretxea, an emblem of the importance of peace, freedom and coexistence. 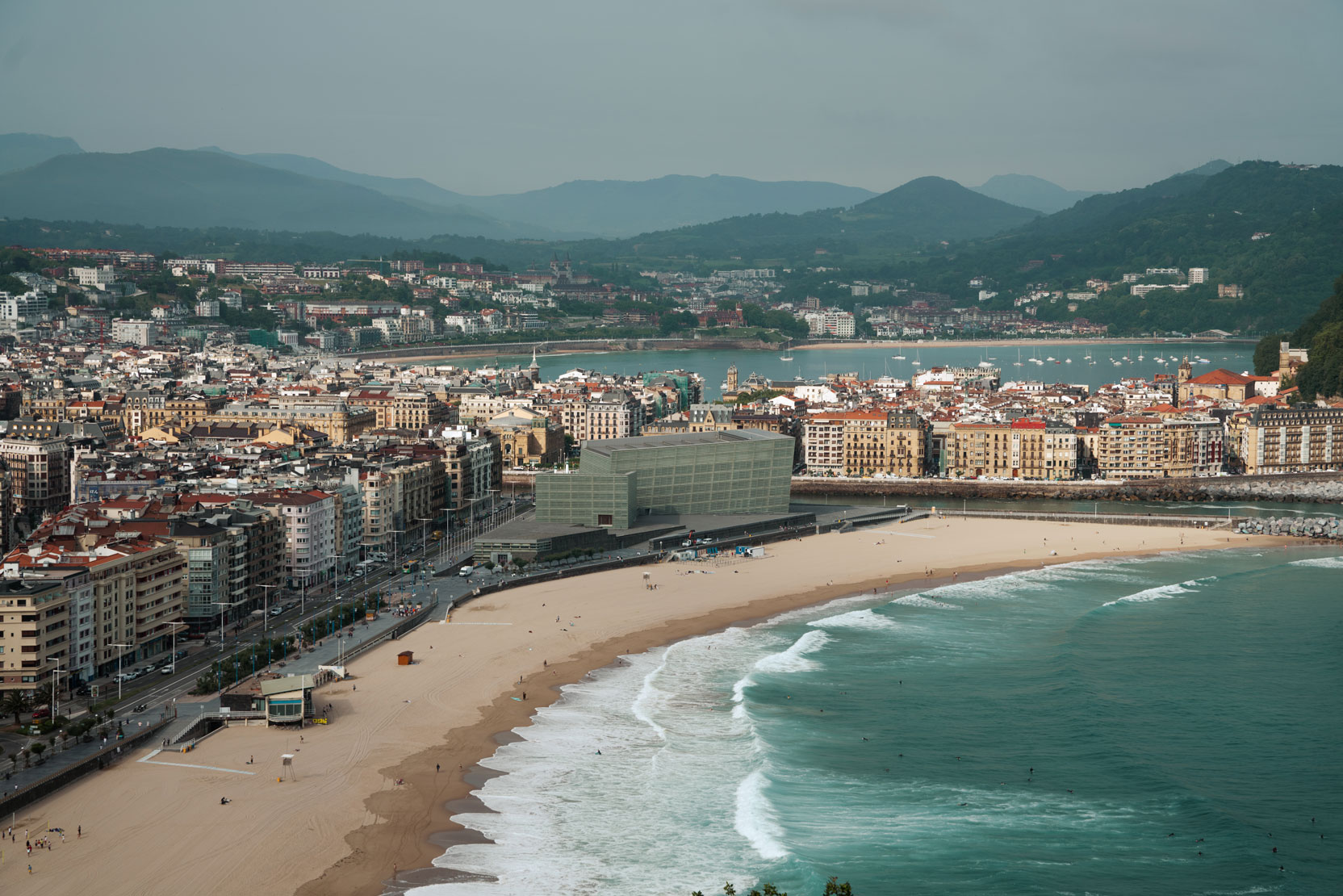 After touring Zurriola beach, we arrive at the Urumea River, where we’ll update you on the main architectural trends in San Sebastián, almost all of which can be seen from here. A building awarded the Mies van der Rohe Prize for Contemporary Architecture? Here it is. Basque rationalism inspired by the Bauhaus? Also here. European modernism overlooking the river? We have it. Buildings that look like they were stolen from a street in Paris? A good handful.

The second mountain on our route is Urgull, an old military fort that has protected the city for centuries. At its feet is the 'Empty Construction' by Jorge Oteiza, another example of contemporary and gigantic Basque art (as you may have noticed, we Basques like large-scale, unusual sculptures) from where you get unbeatable views of the bay of La Concha. From there we’ll go to the port and the access gates to the Old Town. There’s no better place than this to talk about the sea, the Basques, and their relationship to it throughout history. We’ll also talk about food (as important to the Basques as the sea itself).

You can feel very lucky to enjoy the 2.5 kilometers that separate the Town Hall (which was one of the most important casinos in Belle Epoque Europe) from the sculpture of the Wind Comb by Eduardo Chillida, at the other end of the Bay. What will you see? A bay in the perfect shape of a shell, a spa that has been operating for more than 120 years (La Perla), some hundred-year-old trees (called 'tamarisks,' but people mistakenly call them 'tamarinds'), twisted by the maritime winds, and a palace (Miramar) that was the summer resort of Spanish Royalty for several years.

They say that God made a model of paradise and that once it was built, he kept the model… thus, San Sebastián was born. To understand (and enjoy) the natural beauty of San Sebastián, we’ll start at the top of Mount Igueldo where you’ll find the most amazing views of the city. There, we’ll learn about the history of the Basque Country, the Bay of Biscay and the role of San Sebastián in all this. Can you get rich trading wool? Were boats of a quality and reputation similar to that of Ferraris and Porsches manufactured in sixteenth century Euskadi? Yes, and yes. 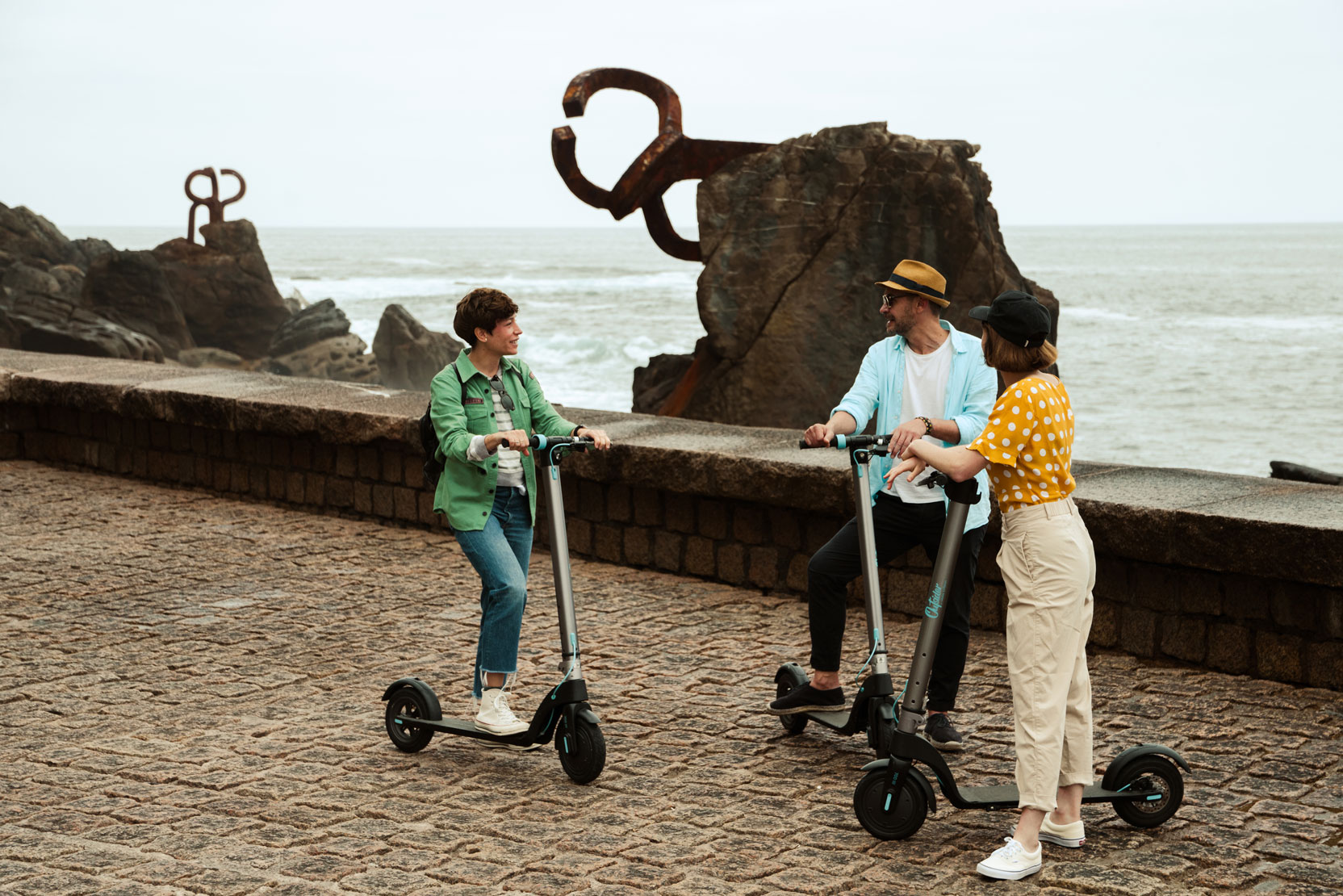 Finally, we’ll stop at two plazas that represent Donostia's character very well: on the one hand Plaza Easo (popular, young, alive, rogue) and on the other, Plaza Gipuzkoa: romantic, Parisian, a little posh, landscaped and traditional. From there we’ll return to Gros to finish the tour in the purest Ikusnahi style: with a pintxo, a glass of wine and a toast on the trendiest street in the neighborhood.

Perfect tour with a very good guide! Kids loved the tour on the e-scooters and we have seen the best parts of San Sebastián. Enjoyed the Pintxos recommendations. Eskerrik asko!