What is La Rioja? An entire territory covered with vineyards, where the wineries are as sacred as cathedrals. What are we going there for? To find out the secrets of wine (and its landscapes) in four of its wineries.

Three countries (in one)

La Rioja is located on the banks of the legendary river Ebro, the longest river in Spain, 90 minutes from San Sebastián. You have to go by van but you won’t be bored: we’ll cross three of the most typical Spanish landscapes: the green and mountainous forests of Euskadi, the flat dry fields (yellow or green depending on the time of year) typical of Castile, and the large expanses of vineyards on gentle hills of La Rioja. Three countries for the price of one. 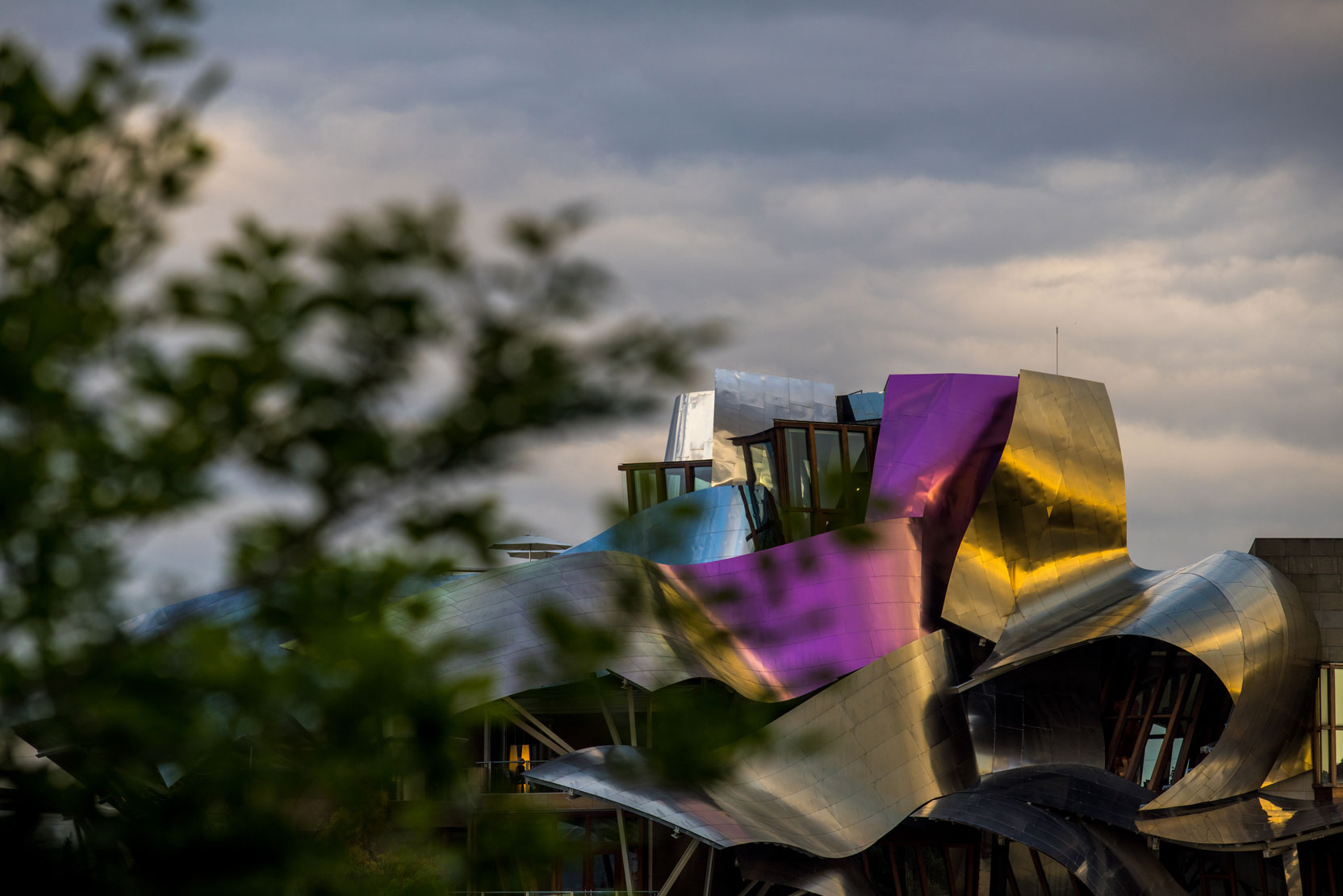 Until a few years ago, Elciego was just another beautiful town in La Rioja Alavesa with a huge Baroque church and many wineries. All that changed in 2006 with the inauguration of the new Marqués de Riscal wineries designed by Frank O. Gehry, a titanium whirlpool that floats over the sea of ​​vineyards.

Laguardia doen’t have a building as modern as Gehry's, but that’s its charm: narrow streets, an urban plan in the shape of a medieval almond, cobblestone streets, walls, an extensive network of tunnels used as warehouses, and a church with one of the most fantastic polychrome porticoes in Europe. After Laguardia we’ll head to the very modern Ysios wineries (the work of architect Santiago Calatrava), in the charming town of Samaniego (always under the watchful eye of the Sierra de Cantabria) and, finally, taste some of that Riojan wine we’ve heard so much about. And we’ll do it all in a cozy, family-owned winery (the first of the day!), Touring the facilities, learning about artisanal methods, and about the labeling and classification system of wines in Spain - the sleeping giant of the wine world.

In Haro we’ll visit the second winery, a clear example of a great 100-year old winery in which we’ll taste a selection of its best wines, from the most classic to the most young and edgy, aligned with the latest and most revolutionary trends. As La Rioja is also one of the northernmost points of Spain where the country's liquid gold (olive oil) is produced, we’ll go to Ollauri to do a tasting of a delicious extra virgin olive oil (here it is we call EVOO for short). You’ll choose the third winery based on your tastes: a classic winery or a young and experimental one? What’s your favorite grape? Tempranillo, Garnacha, Graciano, Mazuelo or Maturana? The choice is yours.

Haro is the wine capital of northern Spain, the place where the French came, desperate, in the 19th century when phylloxera devastated all their vineyards and their country was left without grapes. It was from then on that they began to bet on developing a quality wine industry in the region. A hundred and odd years after that they have succeeded. Go if they have succeeded. In the upper part of the town is its old part, full of tapas bars in which the most traditional proposals coexist (and the chorizo ​​is usually in the middle) with other more crazy ones. We will try one and the other because, what the heck, you have to learn as much as possible about this cuisine that mixes Basque and Riojan influences. 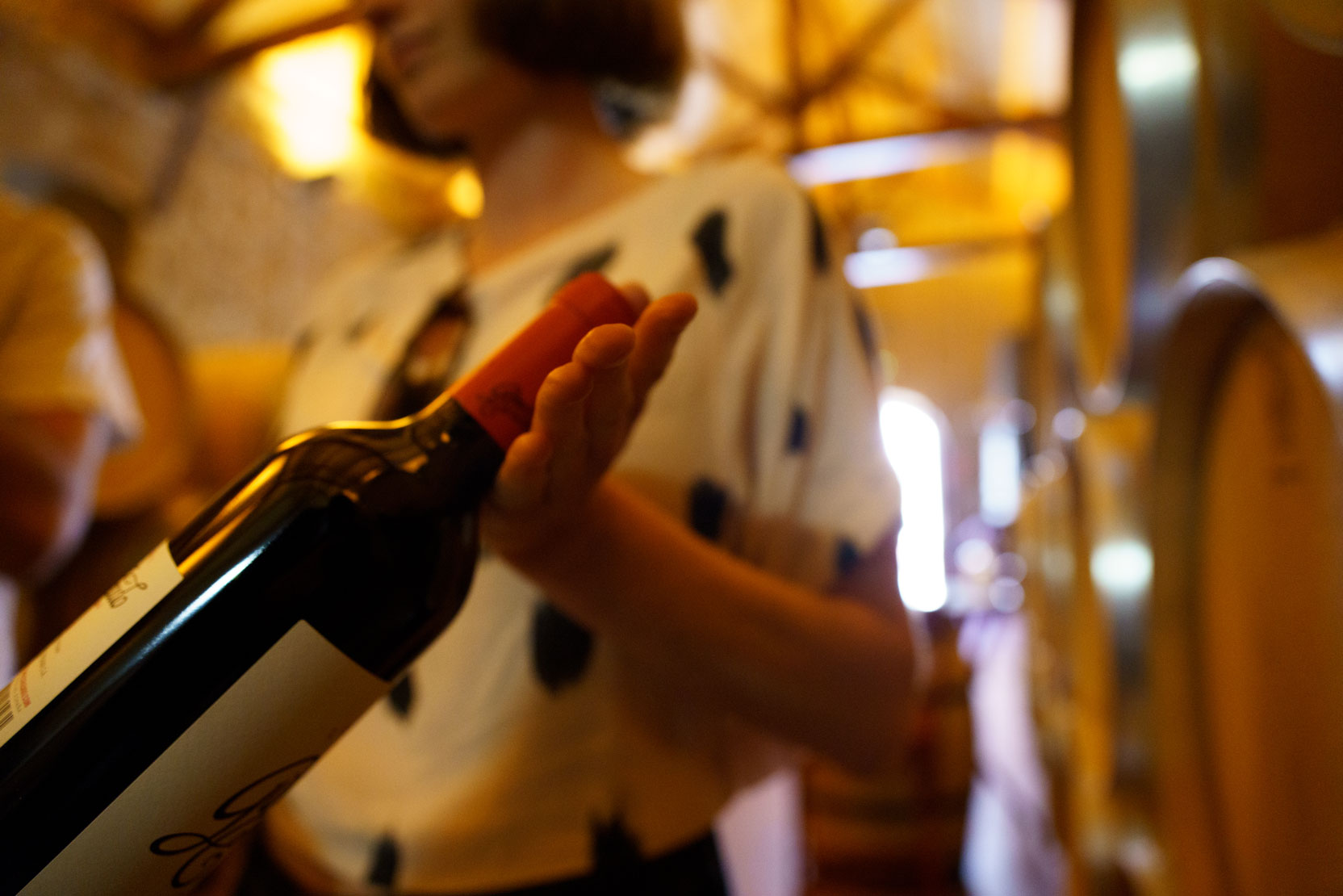